Home Sport Neymar does not move from France: he already has his statue in... 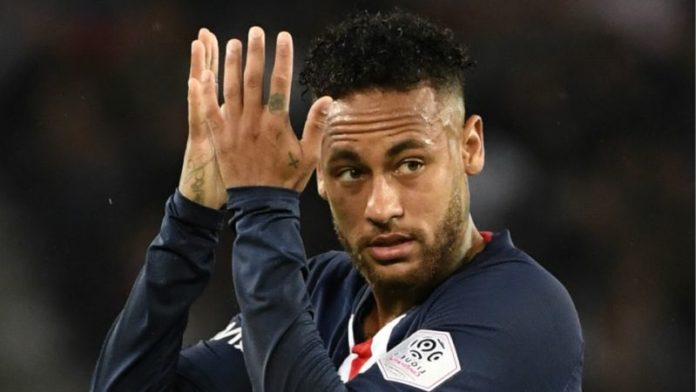 It seems weird, because throughout the summer he pressed to return to Barcelona. But Neymar Da Silva, striker of Paris Saint-Germain, was honored this Wednesday in the French capital.

From Wednesday until November 14, a three-meter-high statue of the Brazilian international is exhibited in Paris at the Hotel George V, in the 8th district of the gala city.

“I made the piece on the occasion of the World Cup in Russia and could not resist exhibiting it now in Paris,” he told Le Parisien.

Neymar has had a turbulent year, starting with the serious foot injury that saw him miss a series of important games for Parisians at the end of the 2018-19 campaign.

From then on, he was involved in an endless summer soap opera, when he pressed to return to Spain, where it was reported that Barcelona and Real Madrid were interested in securing their services.

A transfer that never materialized, with the PSG reluctant to sell to one of its stars at a low price.

During that time, Neymar was out of the first team, but returned with a shocking explosion, scoring winning goals on the horn against Racing Strasbourg and Olympique de Lyon. Although he failed to score in the 2-0 defeat against Reims, he recovered with another decisive and late target against Bordeaux and returned to celebrate against the Angers.

While the 27-year-old crack regained ground, he suffered a new setback in the international break, injuring his thigh during Brazil’s friendly against Nigeria that will rule him out until mid-November.

Thus, the key match of Ligue 1 against Marseille will be lost, as well as the Champions League matches against Bruges. He will expect to return by the time PSG meets last runner-up, Lille, on November 23.