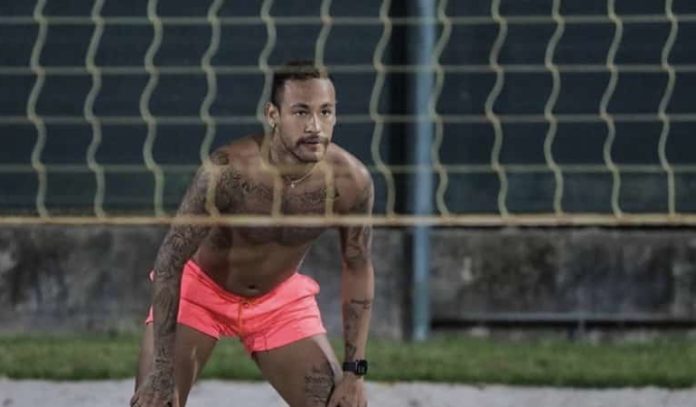 Neymar in Brazil: the footballer says “not to be on vacation”. In a press release issued by his communication team, Neymar said he was not on vacation and that he continued to work.

The big problem with this confinement is that many people take it as a vacation . However, it is not so and Neymar wanted to make it clear a few hours ago.

Indeed, the PSG player undoubtedly wanted to respond to tackles received following his last Insta post . A post in which he appears on a Brazilian beach with several of his friends.

Seeing this, many criticized Neymar for pointing out that he was with a lot of people, so he should avoid him. But also, because some people think he is lounging rather than training.

Faced with these criticisms, the player wanted to speak to put the points on the i. This is why, through a press release, he explained: “I take advantage of this moment of social distancing to maintain my physical form ” .

Neymar, even saying that his physical trainer had prepared a special program for him: ” Ricardo has designed for me an intense training plan so that I am ready for the resumption of competitions”

HIS TRAINER ENSURES THAT NEYMAR IS NOT ON VACATION
You will therefore understand, the PSG player is not on vacation and proves it with his announcement. His trainer, also speaking to reassure all the fans of the star:

“We have evaluated the work achieved so far because we are in the middle of the season. Neymar is not on vacation, so we have to keep him at a high level of performance . ”

The latter, adding that he was doing with “the means at hand” to continue working: ” We vary as much as possible, using the structure that we have on this house and on the ground” .

This is enough to reassure all fans of Neymar and PSG. It remains to be seen whether the work will bear fruit in the coming months.