Home Sport Neymar argues with a Montpellier player after his exhibition 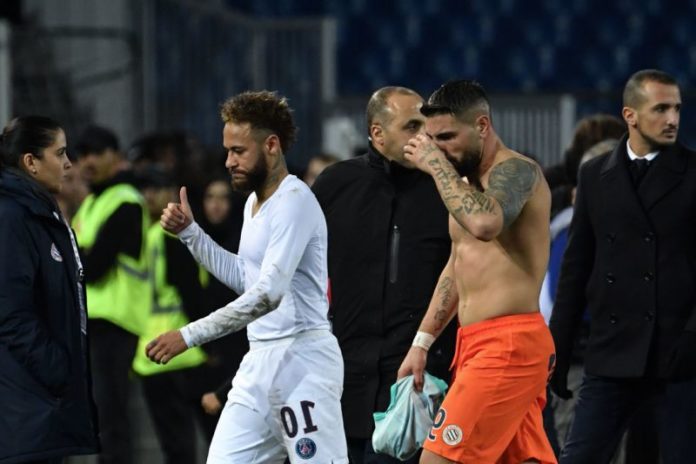 Neymar never leaves anyone indifferent. The PSG player always shows both sides of the coin when he jumps to the pitch and against Montpellier was no exception.

The Brazilian was one of the leaders of the Parisian victory by scoring one of the goals of the day and causing the expulsion of a rival. However, it was not all. After the meeting, the former Barça argued with local forward Andy Delort.

This discussion was about “respect,” as several sources point out. This occurred because after scoring the goal, Neymar went to the Montpellier stand sending silence, generating the anger of local fans.

In addition, after the game, the Montpellier player revealed the content of the discussion on his social networks.

“I told him that people had to be respected, and when everyone else is insidious with you, you must show respect, a good education … His attitude is no longer to show since he is in France, he adds a lot.”