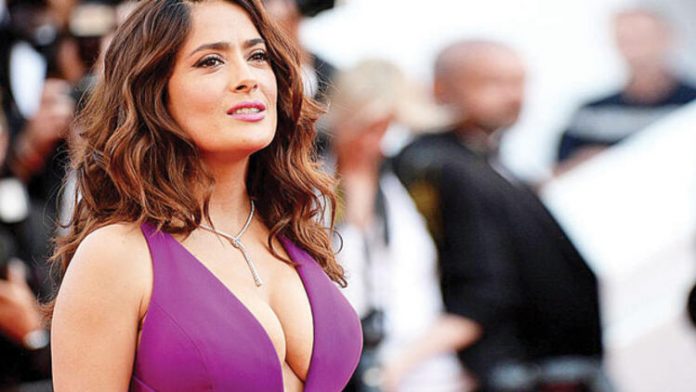 Has Salma Hayek (54) helped a little with this snapshot? A few days ago, the actress shared a few hot bikini photos online, which immediately sparked discussion among her followers: Due to the unusual curvature of the sea, many fans suspected that the Hollywood beauty had edited her photos with Photoshop. Salma also seems to have cheated a little with her latest bikini pic !

The 54-year-old has now published a hot snapshot of herself in a brown two-parter on Instagram . The absolute eye-catcher in this photo is of course Salma’s incredible body. However, if you take a closer look at the background, you will also notice a slight distortion in this picture. Is that just because of the light? Or was there some Photoshop magic at work?

Edited or not, Salma’s fans are excited about the sexy pic either way. Her bikini post has already been liked over 1.5 million times and her followers shower the native Mexican with compliments in the comments. “The most beautiful woman in the world,” raves one fan, for example.

J-Hope has a great message for Taehyung