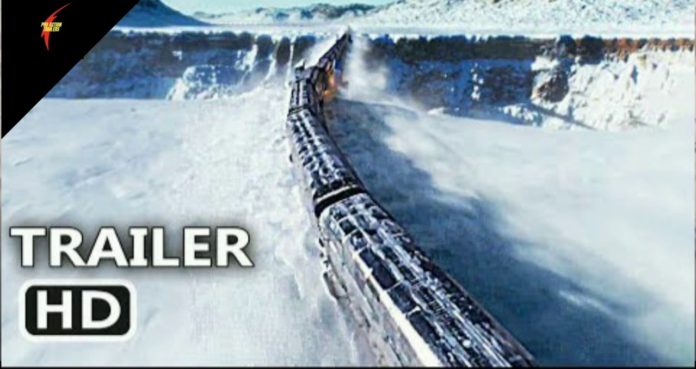 Snowpiercer, which received great acclaim for its 2013 movie, will be released next month with the production of TNT and Netflix. Finally, the highly anticipated trailer of the series was released.

The first trailer of the TV series of the 2013 TV series Snowpiercer, which is among the most popular films with a single-perspective perspective, has been released. The new science fiction series, produced by TNT and broadcast on Netflix in our country, tells about the events happening in a train that constantly moves in a glacial age world and thus manages to keep the people inside it alive. The series, adapted by the French graphic novel Le Transperceneige, published in 1981, is also very popular with its cast.

In the movie adaptation in 2013, we saw Chris Evans, whom we knew for his role as Captain America. The movie was shot with a modest budget of 40 million dollars and 86 million dollars of income was generated worldwide. The series, which will be broadcast by Netflix, includes names like Daveed Diggs and Jennifer Connelly. The series, which will tell about the events that took place 7 years after the climate disaster, will be on the screen on May 17.

Snowpiercer, who is among the indispensables of thrillers with his film, seems to achieve great success with his series. The series, which includes a layout that divides people into classes, is expected to clarify the issues we cannot fully understand in the movie. If we look at the trailer of the series we see Jennifer Connelly in the role of Melanie Cavill, one of the first class passengers responsible for daily announcements on the train, successful camera angles are waiting for us.

Series will be broadcast on Netflix
Netflix purchased the broadcast rights of the series in all regions except China and the USA. If you have watched and enjoyed 2013 Snowpiercer, do not forget to set a reminder on Netflix for the new series to be released on May 17. You can access Snowpiercer’s Netflix page by clicking here.

Project CARS GO is finally out for the mobile platform