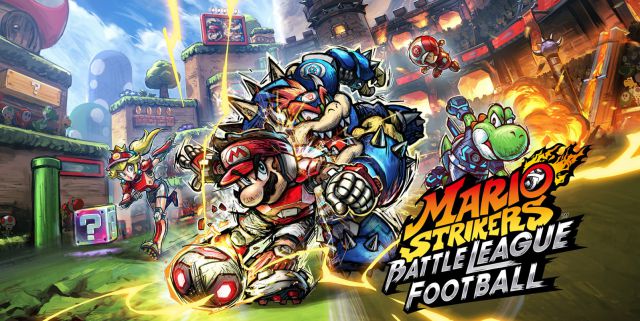 Next Level Games: The studio behind Luigi’s Mansion 3 and Punch-Out!! will debut as an internal Nintendo team with the third installment of the saga that they themselves created. It’s official: Next Level Games is the studio in charge of developing Mario Strikers: Battle League Football. Announced during the Nintendo Direct this February, the return of the “soccer-like” sports saga will materialize at the hands of the Canadian studio, authors of the two previous installments of the Mario Strikers series. House brand. Next June the ball will start rolling again, this time on Nintendo Switch.

The information comes from Nintendo World Report, which after contacting Nintendo of America have had the response that fans expected after seeing the artistic and gameplay similarities in the first trailer for Mario Strikers: Battle League Football. The video game is being “co-developed between Next Level Games and Nintendo”; as before.

No further details have been released about the management or production team of the project, scheduled for its exclusive premiere for Nintendo Switch on June 10, 2022.

Next Level Games is a studio based in Vancouver, Canada. Since its foundation in 2002, the team has been growing in human capital and experience; with commissions from publishers such as Midway Games, Activision, Ubisoft or Nintendo, with whom they signed their first job in the GameCube era with Super Mario Strikers (2005, GCN) and, two years later, Mario Strikers Charged (2007, Wii).

Nintendo’s confidence in the study chaired by Eric Randall has been growing proportionally over time. Punch Out!! (2009, Wii), Luigi’s Mansion 2 (2013), Metroid Prime: Federation Force (2016, 3DS) and Luigi’s Mansion 3 (2019, Nintendo Switch) ended up leading to a purchase by those from Kyoto that we met last month of January 2021; It became effective on March 1.

Vikings: What We Really Suspect About Travis Fimmel’s Exit From The...

Series creator reveals fans already know what One Piece is