Home Celebrity News about the return of Brock Lesnar 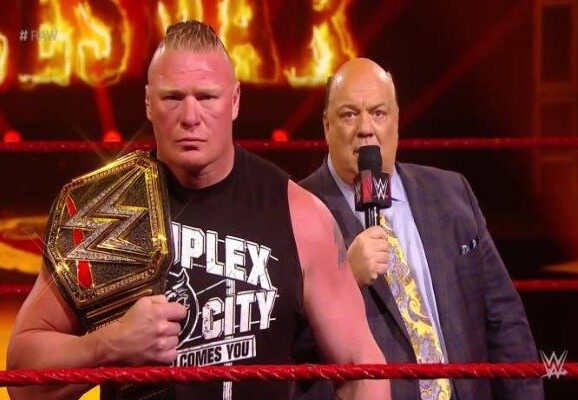 Brock Lesnar is currently enjoying one of his many rest periods in WWE. After losing the WWE Championship to Drew McIntyre at Wrestlemania 36 the beast has been absent from the company’s schedule.

It was speculated that the company did not plan to bring Brock Lesnar back until the audience was present at the shows again. However, WWE is optimistic about improving the situation. So Brock Lesnar would be one of the axes of the next plans. According to SportsKeeda pro Tom Colohoue, WWE management is confident that fans will be in attendance for the SummerSlam event in August.

If you’re excited like many of us, take a look more on Brock’s workout !

With the relaxation of state-based restrictions, WWE could be shuffling dates for SummerSlam. That is why Brock Lesnar is expected to have a fight if the event can have an audience. If all goes as expected, the biggest event of the summer would be the first to host audiences since the start of the COVID-19 pandemic.

With over 25 years of history, SummerSlam is one of the top four events in WWE alongside Royal Rumble, Survivor Series and Wrestlemania. Because of this, the company would be especially interested in the event being supported by the appearance of Lesnar and the presence of the public. However, everything will depend on whether the company receives authorization to bring fans to the venues.

SummerSlam was originally scheduled to take place on August 23 at the TD Garden in Boston, Massachusetts. But everything changed due to cancellation events due to the coronavirus outbreak. Currently the company is considering the possibility of holding the event in a new location and with Brock Lesnar as one of the great attractions.

Meghan Markle and Harry: their solution for security costs in Canada