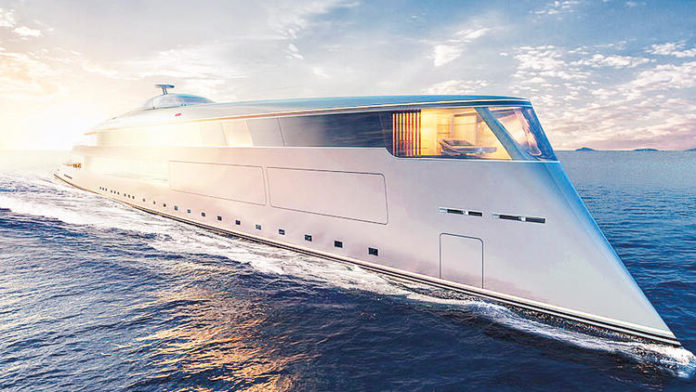 It is stated that Microsoft founder Bill Gates, known for his passion for sea, bought a super yacht worth $ 644 million. Sinot, who is now the developer of the yacht named “Aqua”, explained that such a thing did not happen. According to Sinot officials, there was not even a meeting with Gates.

In a news article we shared yesterday, we mentioned that Microsoft founder Bill Gates bought a $ 644 million yacht. This super yacht named “Aqua” is 112 meters long and the world’s first hydrogen-powered yacht. Now there has been a new development regarding this super yacht. Netherlands-based Sinot, the developer of Aqua, announced that such a sale did not take place.

According to statements made by Sinot officials to the BBC, Gates and his team have never been interviewed, and no agreement has been made. According to Sinot, the yacht is not ready for sale. A Sinot spokesperson stated that Aqua is a concept yacht and that this yacht was not sold to Bill Gates.

Aqua is a super yacht with a capacity of 14 passengers and 5 decks. This super yacht, which includes places such as spa salon, swimming pool, gym and helipad, also attracts attention with its nature-friendly structure. Aqua, which has two fuel tanks where 28 tons of hydrogen is stored at -253 degrees, can travel from London to New York. This distance corresponds to approximately 6,000 kilometers.

The world’s first hydrogen-fueled superyacht combines hydrogen with water and generates electricity from there. The super yacht, which has two electric motors of 1 megawatt power, can speed up to 32 kilometers per hour. However, knowing that hydrogen stations are limited, Sinot has designed Aqua to work with diesel. So Aqua can work without hydrogen.

Remember how Ryan Reynolds reacted to being mistaken for Ryan Gosling...

ALICE (formerly ELRIS) has unveiled the promotion schedule for their upcoming...