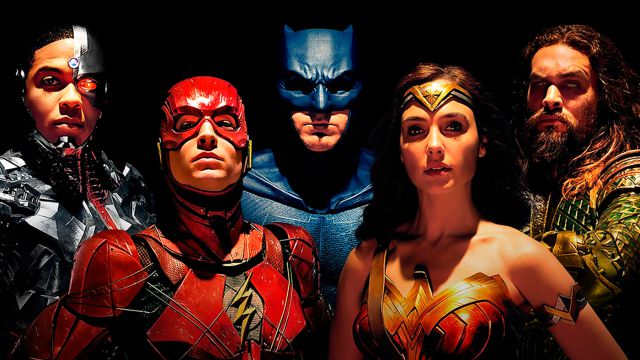 Filmmaker Zack Snyder discovers new details of the remake of Justice League and suggests that the miniseries could premiere on March 25.

There are numerous news about Justice League Director’s Cut by its director Zack Snyder, the new version that the filmmaker is preparing for its premiere on HBO Max as a miniseries, although it can also be seen as a film of about 4 hours. So much so, that Snyder participated this weekend in the Deck The Hall of Justice charity event, discovering new and interesting details about his new Justice League.

Desired premiere for the month of March

Thus, and as the director suggested on social networks a few days ago and once again assured that it was a highly desired date, Justice League Director’s Cut could be released on March 25, thus coinciding with the 2016 premiere of Batman v Superman: Dawn of Justice, a film that is being remastered in IMAX format; but there is more.

According to Zack Snyder, the promotional campaign for Justice League Director’s Cut will kick off this January with the publication of a new poster and a new trailer; Furthermore, he assures that there will be a great announcement that nobody expects. On the other hand, and already on the miniseries / film, he assures that it contains up to 80% of scenes never seen before and that the montage is totally different from the film seen in theaters.

Talking about certain characters, Snyder has advanced that Jared Leto’s Joker will be responsible for the theft of the Mother Box, so that Cyborg has access to it during the Knightmare scenes and can create the mechanism that allows Flash to travel to the past to warn Bruce. He has also ensured that he maintains contact with Jim Lee to develop the Snyderverse in DC comics. Lastly, the director would be delighted if Ben Affleck finally made the Batman movie with Joe Manganiello’s Deathstroke.

For his part, actor Ray Fisher (Cyborg) has also said his at the event, ensuring that in Justice League Director’s Cut we will see Cyborg in battle mode with his four arms, as could be seen in his day in several conceptual arts of the original film.

PlayStation 5 and Xbox Series X: Which is Better?