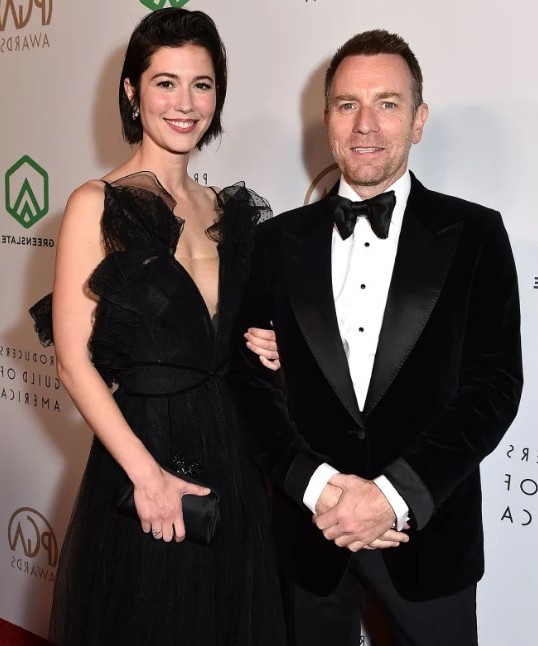 Complete harmony! Ewan McGregor and Mary Elizabeth Winstead are in a great place with their families after their wedding, an insider exclusively reports in a new issue…

“Neither of them wanted the drama or the feud that dragged on after they first met,” a source says of the 51—year-old Emmy winner and 37-year-old “Swiss Army Man” actress. “But it’s all over. Now.”

The duo, who tied the knot over the weekend after five years of dating, met in 2016 while filming the third season of “Fargo.” At the time, Winstead was married to Riley Stearns, and McGregor was married to Eva Mavrakis.

The Death Proof star and the Scottish native first sparked romance rumors in April 2017 when they were spotted on the set of Fargo. A month later, Winstead filed for divorce from Stearns, 35, after seven years of marriage.

In October 2017, the “Live for Free or Die Hard” star was spotted kissing McGregor in London, England, leading to speculation that he had broken up with 55-year-old Mavrakis. Moulin Rouge! The actor filed for divorce from the production designer in January 2018.

Although Winstead and McGregor’s romance made headlines when it began, the insider notes that things have settled down now that the duo have tied the knot and started a family. In June 2021, the couple had a son, Lori, who is now 10 months old.

“No matter what anyone thinks about how they got together, there is no doubt that Ewen and Mary love each other very much, and no one stands in their way,” a source tells us. “Yuen had no idea that he would fall so much. It was literally a case of their chemistry and circumstances bringing them together against all odds.”

Mavrakis, for her part, also “moved on,” the insider notes. “Time is a great healer. Ewen is very happy to make everything official and is grateful to everyone for their support.”

Things have not always been so rosy for the former spouses, who have children together Klara, 26, Jamyan, 20, Esther, 20, and Anouk, 10. In July 2018, Clara called Winstead a “piece of trash” in an Instagram comment. She later responded to the remark, telling the Times: “It wasn’t the most mature way to do business, but I was angry and upset. There were a lot of things that preceded it, and a lot of things had to be dealt with— not to make excuses or anything like that- but yes, it wasn’t the best moment for me.”

BLACKPINK: Jennie Gets Invited On A Fan And Blink Cares