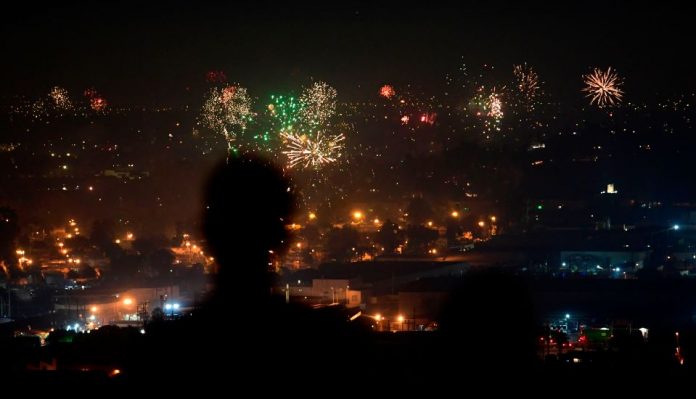 A new year has begun and many in the city of Los Angeles welcomed it with the traditional fireworks despite the fact that these are illegal.

But before the major detonation of “fireworks” just at midnight, many counted the last seconds of a 2020 that was brutal. The final count could be seen from above for those who flew above the imposing SoFi Stadium in Inglewood, very close to Los Angeles International Airport.

Los Angeles County authorities bombarded in the days leading up to the New Year with a campaign to ask people not to attend meetings on the last day and night of 2020 to prevent more deaths caused by COVID-19.

It is impossible to know how much attention people paid, but what can be assured is that many Angelenos did not pay attention to not launching fireworks. Some videos posted on social media showed the multi-colored mosaic near the city center.

LA going crazy at the stroke of midnight pic.twitter.com/VIkf2fdyYb

The fireworks were actually massive throughout the Los Angeles area, similar to what was seen last July 4 in the celebration of the Independence of the United States, when videos recorded from helicopters showed a spectacular panorama, although dangerous and inopportune, especially for being in the middle of the pandemic and the “Black Lives Matter” movement.

Sky5 got a look at fireworks lighting up the skies for Fourth of July pic.twitter.com/nkFNUh4N8O

See Also
How will the weather be in the New Year and New Year?