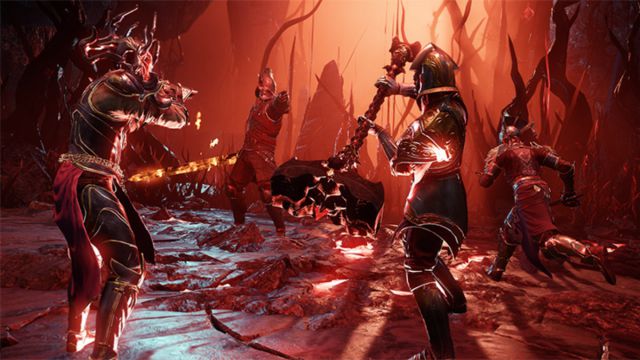 New World: Amazon Games continues to work on server enhancements including queuing changes, preventing downtime, errors, and more. Amazon Games has announced version 1.0.1 of New World, the first major update to the multiplayer fashion game on PC. The new MMO of the North American giant receives today, Wednesday, October 6, an important patch aimed at all adventurers who have been enjoying Aetérnum for almost two weeks if the waiting lines do not prevent them; and that is one of the team’s main concerns. “To do this, we have more than doubled the number of active servers and increased the capacity of existing servers,” they say. In the past there were 2,000 players for each server.

Main general changes of version 1.0.1 of New World
Turret firing changes. They have gone from being physical projectiles to using an instant damage system (“hitscan”).
Idle Player Prevention: Improved system to detect inactivity and “prevent gamers from fooling the current system with tools that simulate mouse movement.” From now on, the inactivity warning message will appear after 15 minutes instead of 20. Also, the inactivity disconnect will occur at 20 minutes instead of 25 minutes.
Queues in the worlds: A confirmation message is added if a player tries to leave the queue to enter a world. Players will have to confirm if they want to leave the queue. This will prevent anyone from leaving by accident.
Dozens of bugs fixed. From interaction problems to receiving coins to problems with status rewards in the territory, texts and specific missions. You can see the full list of bug fixes here.
New World can be purchased through Steam and Amazon; available only on PC.

Danna Paola Gives Details Of Her Health After Showing Up With...