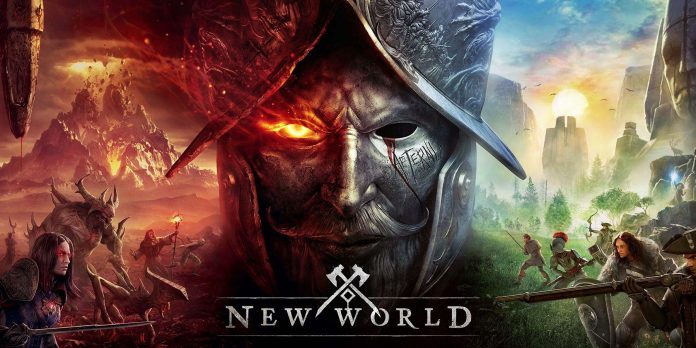 New World is preparing for the next major update of its public test game world with planned additions, including the much—in-demand “two-handed sword” weapon class, an updated initial experience for new players and a completely new desert-style zone – Sulfur Sands. Although work on the next update has not yet been completed, the current list of New World changes on PTR is already huge in scale.

Since New World was Amazon Games’ first breakthrough in the MMORPG market, the long-awaited game faced understandably high expectations. Initially attracting a huge number of players, the population of the New World declined sharply in the following weeks, as disappointed players referred to the lack of endgame activities, tedious grinding and uninteresting fights. In response, Amazon Games has made commendable efforts to improve the game with numerous significant updates aimed at solving players’ problems. New weapons, endgame content, combat reworking, and craft economics have all helped turn New World into an improved experience compared to its state almost a year ago.

The next major update for New World is starting to be tested on PTR, and the changelog shows a lot of promising additions that will appear in the game. A complete reworking of the initial experience is in development, which optimizes the flow of quests with NPCs that move around, helping to eliminate boredom back and forth. New quest mechanics such as wave events, tracking and traversal tasks, puzzles and dynamic events will take place during a new storyline that guides players through each game region. New enemies, main locations and characters are also added to the open world.

Another important point of the upcoming update is a new class of weapons, the two-handed sword, which has long been one of the most sought-after weapons for players of the New World. The Greatsword will be a two-handed weapon that uses different stands to adapt to different situations, along with an Onslaught skill tree focused on offensive force and a Defiance skill tree focused on survival and fighting groups of enemies. Powerful new Heartgem abilities will function as “ultimate” abilities, as they need to be charged by performing actions in battle. Heartgems can be improved, and we hope that they will add more depth to the development of player builds.

The new zone “Sulfur Sands” will bring to the New World a unique theme of a desolate wasteland, where players will find Egyptian pyramids and the remains of the missing Roman 19th Legion. Of course, PTR also contains several hundred minor changes and additions, as expected, with the New World patch, with adjustments for each weapon and game style, as well as a lot of bug fixes and general balance adjustments. Players can participate in PTR by installing the New World Public Test Realm in their Steam libraries and logging into the PTR client.

The new world is available on PC.

God of War: Ragnarok can pass the baton of Kratos to...