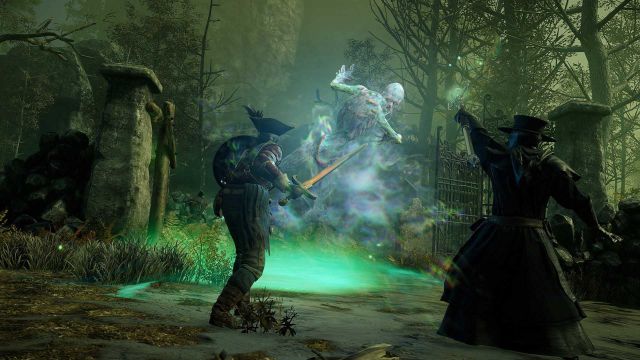 New World: Double Helix has collected feedback from New World players, having been working mostly on server migration. Although the popularity of New World has fallen in recent weeks, as is obvious, there is still a very large community interested in news and especially in some aspects such as server migration. We already saw how the players had been frustrated by creating a character, developing it and not being able to migrate it to be able to play with their friends, something that Double Helix continues to work on.

This has been assured in a post published on the game’s official blog, in which they talk about other aspects such as full servers or the game’s economy. Regarding the migration of characters, the study has highlighted that this feature has been activated again and most players should be able to carry it out. Still, Double Helix has promised that they are “committed to ensuring that the community is satisfied” in the long term, and that they will continue to monitor their feedback after this server migration is complete.

Another problem was, and continues to be, that of migration by region, something that while they continue working on it, they recognize that it is something “difficult to solve and that it will take time.” Meanwhile, they have also worked so that active players on a server do not share queues with new players, creating the Full Server Status function, according to which they will monitor active players so that those who want to enter do not have to do the long queues that were seen during the early days of the game on the market. Obviously, this means that new players cannot start playing and do it with their friends, or that some servers do not have as much player volume as others, something they are aware of and will work to prevent it from happening.

In this post, the link to which we leave you below, they also talk about changes in the economy, exploits in it, coin farming, moderation, patches schedule, luck, and many other matters that will surely interest MMO players. from Amazon Game Studios.

The Witcher: Season 2 Is Praised By The Author Of The...