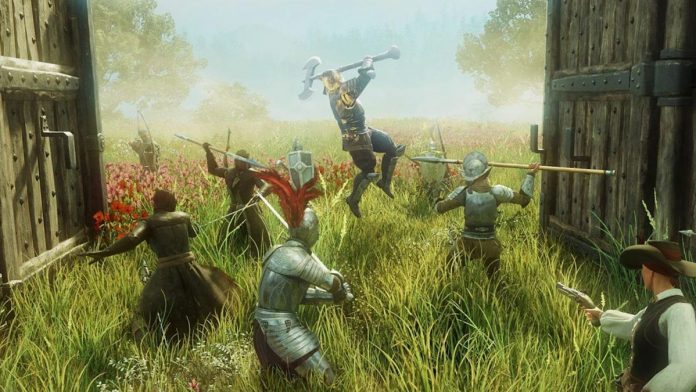 New World: Some players have raised their concerns due to the presence of an ingame store in the alpha version.Amazon Game Studios is having a hard time finding its niche in video game development, which has resulted in the cancellation of several projects, as well as the delay of other titles. One of those that has not come out on schedule is New World, an MMO that is currently in alpha phase. In addition to implementing new features, one of the most recent updates has incorporated an ingame store, which has raised suspicions among some users. Rich Lawrence, director of the video game, has published a letter explaining his intentions. According to the creative, the team discards pay-to-win mechanics.

Lawrence explains that they have assembled it to satisfy those players who are willing to acquire items for the game. “Our plan is not, and never has been, to create a feeling that the items in the store are necessary to enjoy the game. Everyone is going to be able to play the full game experience without having to buy from the store, ”he says.

Please read this letter regarding the storefront testing we are currently doing in Alpha. pic.twitter.com/IucMciGWC1

The director confirms that the items put up for sale “will be cosmetic in nature.” At the moment, the team is testing the store, so the prices are not final, because everything is in the evaluation phase. However, they do outline the possibility of launching “quality of life” objects, which can be interpreted as pay-to-win.

In that sense, the study refers to experience packages or fast trips, for example. “Our goal with these types of items is not that they offer advantages or unbalance the game. We understand that this is based on the interpretation of each player, but we ask for your patience while we test the alpha and listen to your feedback ”.

The title, which will be released on August 31 on Steam and Amazon, will implement a battle pass model.

Doctor Who: What’s the best spin-off?