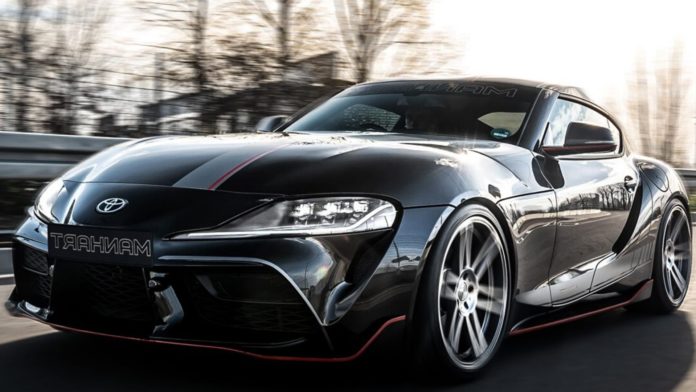 The famous modification company MANHART has unveiled its new car developed from the 2020 Toyota GR Supra. In addition to its eye-catching design, the MANHART Supra GR 450 promises significant improvements in performance.

Toyota Supra is one of the favorite models of modified fans both on the design and performance side. German modification company MANHART has redesigned Toyota’s BMW co-production sports car 2020 Toyota GR Supra. The company also updated the car’s name to MANHART Supra GR 450.

The most striking feature of the MANHART Supra GR 450 is the turbocharged 3.0-liter inline six-cylinder engine. This engine produces 444 horsepower (450 PS). MANHART can add 100 horsepower to the engine for 2700 dollars with the changes it makes on the ECU (Electronic control unit).

MANHART Supra GR 450 stands out with its performance
The MANHART Supra GR 450 can accelerate from 0 to 100 km / h in 3.9 seconds and reaches 400 meters in 12.5 seconds. On the other hand, KW suspension option is offered to restrain the power increase. The nearly $ 2,000 suspension kit lowers the Supra and improves performance in sharp turns and high speed conditions.

In addition, the GR 450’s powertrain and suspensions can be increased to around $ 3,000. In addition, there are different options for wheels, tires, exterior trim and exhaust. MANHART’s existing exhaust system also looks great, and its engine produces significantly more power than the stock Supra.

Performance upgrades of the MANHART Supra GR 450 are a bit expensive. However, considering that the 2021 Supra’s six-cylinder engine has 382 horsepower, it offers significant improvements.

Cyberpunk 2077 has sold over 13 million copies