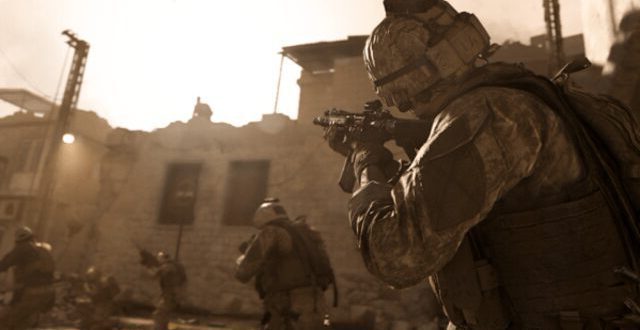 A weapon named Rytec AMR, which is also on the road map shared by Activision, was shared as a video by a Twitter user. The weapon appeared in the video with the code name AX-50.

The developer of the game, Activision, shared a roadmap of the 4th season of Call of Duty: Modern Warfare and Warzone in a blog post he published recently. The shared roadmap included new modes, weapons, and maps to be added to the game in the coming weeks.

On the road map shared by Activision, it was stated that a weapon named “Rytec AMR” would come to the game. This weapon has never appeared before us, at least with this name. But before the Rytec AMR came into the game, it was revealed with a video how the weapon will offer.

A Twitter user named BKTOOR_ included a video of the new Rytec AMR weapon in the tweet he shared. Within 30 seconds of video, all the features of the gun appeared. The shooting speed, scope and animations of the Rytec AMR, a sniper rifle, appeared in the video.

A video was shared on YouTube before Call of Duty: Modern Warfare and Warzone switched to Season 4. The weapon featured in this video was the same as the weapon we saw above. The name of the weapon in the YouTube video was referred to as AX-50 in the interface at the bottom right.

Possibly referred to as the AX-50 codename, this weapon will likely take its place in the game under the name Rytec AMR, as Activision explained. Although the weapon appeared before it was released in the game, there is no information yet on when Activision will release it.

Which Xiaomi phones will update to MIUI 12.5