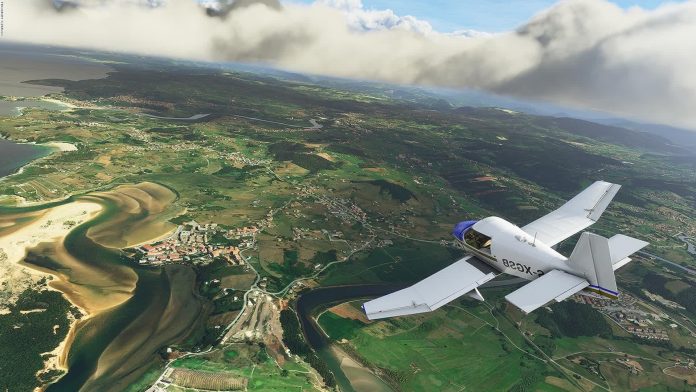 The developers of Microsoft Flight Simulator organized a new question and answer event on Twitch and made statements about the future of the game. Accordingly, new updates are coming to the game in February and March.

The first question and answer broadcast of the year 2021 was made on Twitch with Microsoft Flight Simulator developers. The head of the game, Jorg Neumann, Asobo Studio CEO and co-founder Sebastian Wloch, and Asobo Studio Executive Producer Martial Bossard shared new information about the future of the game.

During the live broadcast, the trailer of the World Update III: United Kingdom and Ireland update was also shared. This update will be available to Microsoft Flight Simulator players from February 9 to February 11. A new update will be released for the game in March.

France and Benelux countries (Belgium, Netherlands, Luxembourg) update will also be available to players in March. The developers also made statements about features frequently requested by players, such as the Microsoft Flight Simulator store and downloading content from flight simulations, such as the FlyByWire Simulations A32NX.

Asobo Studio prototypes these requested features while also working on the new Scenery Gateway System. This system allows developers and community members to edit the views that already exist. The studio will also release Sim Update 3 next month. With this update, players will be offered air panel improvements, Garmin autopilot system and aircraft improvements.

The last game of the Microsoft Flight Simulator series, which managed to receive awards for 7 times in the Guinness World Records, was presented to PC users last year. The game was also announced to be coming to Xbox Series X and Series S consoles, but there is no release date announced for these consoles yet.