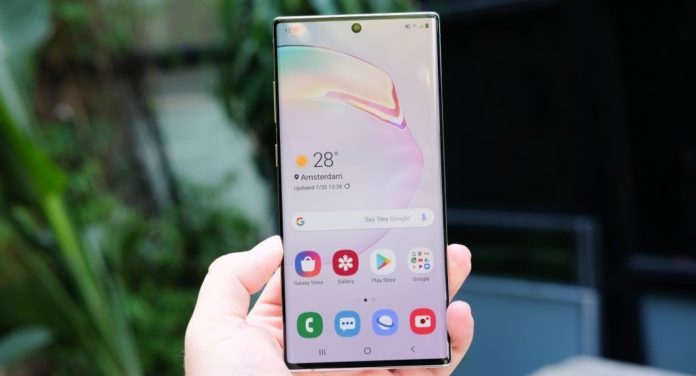 In 2016, Samsung started offering many customization options to its users with the Good Lock application. Thanks to this application, users can customize their phone interfaces with various options. Over time, the development of this application continued.

In addition, Samsung has added this feature to their Galaxy devices. And Good Lock has become one of the most useful customization apps for Galaxy users. In fact, the Good Lock app recently got One UI 2.0 Android 10 support. However, for some reason, several users who received the Good Lock 2020 update said that Samsung NavStar is not running.

Samsung brings NavStar support with April 2020 update
Samsung is finally bringing support for NavStar on the Galaxy Note 10 and Galaxy S10 with the UI 2.1 update. Besides the new camera features, the update also brings the April 2020 Android security patch. Galaxy Note 10 and Galaxy S10 users reported that the NavStar feature was not working after the Android 10 update with One UI 2.0. Then, NavStar 2.0 support was provided with the update in March 2020. However, some users still complained that the Good Lock module was not working on their devices.

Samsung agreed to the NavStar compatibility issue last month. With the One UI 2.1 update, NavStar has finally started working on compatible smartphones. Users can now customize the navigation bar in the UI on Galaxy smartphones. The new update also comes with several bug fixes. But the problem between the “show” and “hide” button has not been fixed yet. The company says this issue will be fixed by the upcoming One UI 2.5 update….

The best WhatsApp Web tips to hide the blue mark

WhatsApp: What does the orangutan emoji mean?

When will Pokémon Unite be released? LoL style game

Kim Kardashian is worried about Armenia

Kylie Jenner’s company could be chasing away its employes

“Frozen 2” has already broken many records in the United States!