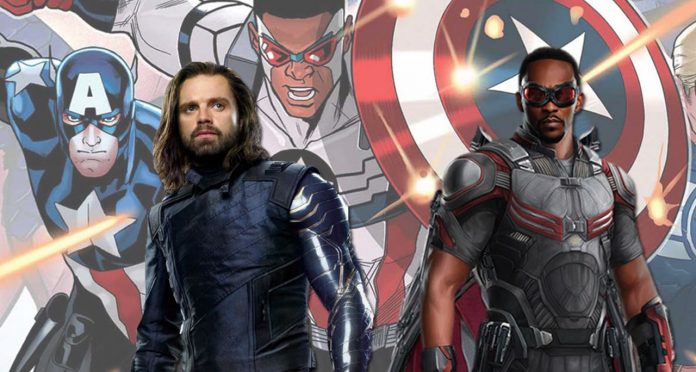 Disney + continues to bring popular Marvel characters to the screens. The company, which made its first attempt with WandaVision, published the final of the very successful production last week. After the popular series, fans began to wait for the next production with curiosity. The next Marvel series to meet with the audience is the Falcon and the Winter Soldier. The series, which will be exclusive to the Disney + platform, is coming to the screens very soon.

The Falcon and the Winter Soldier

The production, which will also appear as a mini series like WandaVision, will tell the story of two characters we are familiar with from the Avengers movies. The characters in the series continue to be played by the actors in the movies. The role of Falcon will be played by Anthony Mackie and the character of Winter Soldier by Sebastien Stan. Finally, a breathtaking new trailer was released from the highly anticipated series.

The trailer titled Coworkers (colleagues) contains pleasant references to our characters’ friendships and some pretty impressive action scenes. It looks like Disney + will continue to use Marvel motion picture quality visual effects in its series. The series is about the events that took place after the Avengers End Game movie. In this process, while our heroes reinforce their friendship, they also fight the bad guys. You can watch the trailer below.

The production, which will be released on March 19, will be exclusive to the Disney + platform. Falcon and Winter Soldier were originally planned to be the first Marvel series on the platform. However, the delays caused by the pandemic caused the series to be delayed.

Did it improve? They compare Halo Infinite a year ago vs....