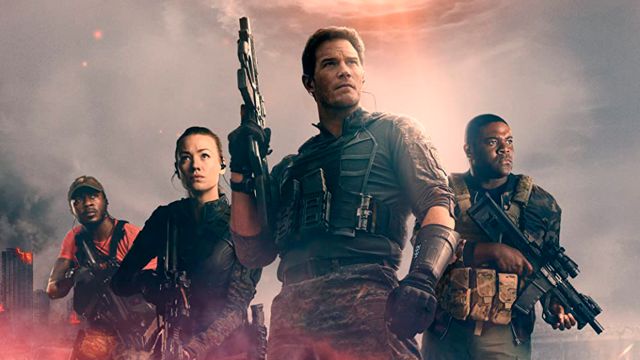 The Tomorrow War is seen in a new and generous trailer in which we see part of a plot that includes time travel and alien invasions. After the first video preview of The Tomorrow War, the new film by Chris Pratt (Guardians of the Galaxy, Jurassic World), a new and much more generous trailer with Spanish dubbing finally arrives. A new look of more than two minutes long (which you can see heading this news) in which we can see much of the plot of an action and science fiction movie that includes time travel and alien invasions on a global scale. This has been presented by those responsible, also sharing the official poster of a film that will premiere exclusively on Amazon Prime Video Spain on July 2.

Thus, and as this new trailer tells us, humanity will be invaded and practically annihilated at the hands of an alien race in the year 2051; Hoping for the most advanced technology, humans travel 30 years into the past to recruit a new army of men and women capable of standing up to the dangerous invaders, being humanity’s last hope. And how could it be otherwise, Chris Pratt, the great protagonist of the film, will lead the platoon that intends to expel the alien invaders.

Invaders that, by the way, we can finally see, albeit fleetingly. Chris McKay (Batman: The LEGO Movie) is directing The Tomorrow War under the script by Zach Dean (24 Hours to Live). Along with Chris Pratt, the cast is completed by names like Yvonne Strahovski, J.K. Simmons, Betty Gilpin, Mary Lynn Rajskub, Theo Von, and Keith Powers.

Tomorrow’s War, as we already know, will premiere on Prime Video on July 2, a film that was originally due to hit theaters a long time ago but was finally sold by Paramount to Amazon due to difficulties in releasing films in theaters in the latter. year and a half due to the global coronavirus crisis.

Premium PS Plus Games for August 2022 will forget about their...

Mario Kart Live: Home Circuit is Updated by Surprise With A...