Home Celebrity New trailer, DeLuca in danger and Meredith on the beach 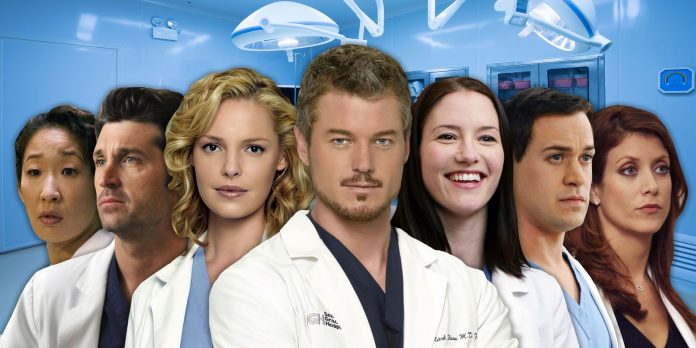 ABC is scheduled to release the seventh episode of Grey’s Anatomy season 17 on March 11, whose exciting trailer has just appeared showing that the situation in the drama is getting worse and worse.

After the first half season hiatus, Grey’s Anatomy and Station 19 are back again for a crossover that will leave fans in awe as the latest teaser for upcoming episodes reveals.

In the trailer, Maya tells the crew that Carina and Andrew DeLuca have their eyes on one of the kidnappers. Both of them are risking their lives while keeping up the dangerous kidnapper chase. In the trailer, DeLuca talks to Ben on the phone:

“I need you to come find us now because we are following her,” says Andrew.

“These people could be really dangerous,” Maya is heard saying.

And it is that in the same promotional trailer of the next episodes,

her during her sleep while she remains on an artificial respirator. The surgeon’s new journey hints that another character from the past may be returning to Grey’s Anatomy.

In the first half of Grey’s Anatomy season 17, fans welcomed Patrick Dempsey as Derek Shepherd and T.R. Knight as George O’Malley as they reunited with Meredith in the midst of her reverie.

Although Derek is known to be returning for two more episodes of the current season of the medical drama, it is likely that a new character from Meredith’s past may be back on Grey’s Anatomy. The preview ends with Richard Webber speaking the following:

This could mean that something will happen to Ben, who appears largely early in the clip when the DeLuca brothers try to get close to Opal, the kidnapper.

Those Other Games Keanu Reeves Has Appeared In