Home News New Trailer of Battlefield 5’s ‘Into the Jungle’ DLC Pack Has Been... 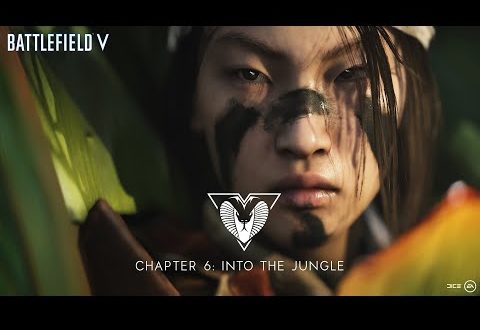 A new trailer has been released that introduces new features and days before the release of Battlefield 5’s new DLC package ‘Into the Jungle’. New weapons, maps and characters that will come to the game were mentioned in the trailer.

Battlefield 5 was an advanced game built on the premise members of the series it was included in. The game, which has been 1 year since its release, provided players with a very high-quality FPS fighting atmosphere. Battlefield 5, available on PC, PS4 and Xbox One platforms; It still continues to maintain its freshness by publishing updates that renew itself and delight its lovers.

The latest supplement package (DLC) announced for the game; The subject was ‘Into the Jungle’, which takes place in the Solomon Islands, focusing on the conflict between the Americans and the Japanese. The details of the DLC package, which is thought to increase the success of Battlefield 5, which had a lower success than expected, and will be released on February 6, have been transferred to the game lovers in the newly released trailer of the package.

Here is the new trailer of the Into the Jungle DLC package:

DLC package according to the ones given in the trailer; it includes many new add-ons, including winnable advanced characters, weapons and maps. The new maps provide a colorful gameplay by covering the coastal areas and deep forests. Some accessory-like items are included in the recoverable package. The weapon that destroys the tank called “Lunge Mine” used by the Japanese in the war also gives the game historical accuracy by being included in the package.

Those who do not like DLC should wait until the next generation of game is released.
Focusing on the Pacific War, including the Second World War, makes the DLC interesting. Some fans want more features to be added to the DLC package, but more features and major gameplay changes don’t seem to come before the series releases a new game. The series, which is successful with the games developed for the current console generation, seems likely to release a new game for the new consoles.