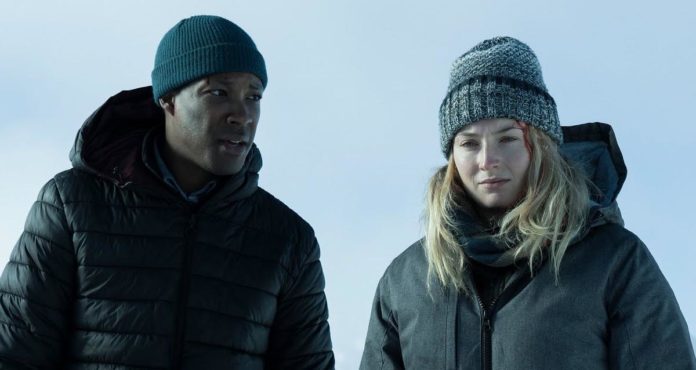 A new trailer came from the Quibi series Survive, which includes Sophie Turner, who we know from the Game of Thrones series, and Corey Hawkins. Survive will appear in Quibi in April.

Jeffrey Katzenberg, Former President of Walt Disney Studios, recently announced his new project, Quibi, that will add another dimension to broadcast platforms. The original content will not be longer than 10 minutes in Quibi, which will be a fully mobile broadcast application. Thus, the platform will be separated from other giants like Netflix and Amazon Prime.

Quibi, which wants to make a very ambitious entry into the sector, has started to gradually explain its contents in this direction. Perhaps the most remarkable among these announced productions was the Survive series starring Sophie Turner, one of the stars of Game of Thrones. Last month, a new trailer came from the first promotional video shared series.

The last released trailer of the Survive series:

As we can see from its name, Survive is a survival themed series. The events in the series revolve around the woman named Jane, brought to life by Sophie Turner. Jane, who had an airplane accident while returning from her rehabilitation treatment, managed to survive the accident with her passenger named Paul at the beginning of the trip. While watching the duo’s struggle for life in the series, we will see Jane, who was suicidal in the past, discovered her desire to live.

Mark Pellington, who we know with the films Arlington Road and The Mothman Prophecies, sits on the director’s chair of the series written by Richard Abate and Jeremy Ungar. The cast also stars as Terence Maynard, Jennifer Martin and Laurel Marsden, as well as starring duo Sophie Turner and Corey Hawkins.

Survive will be one of the first series of Quibi, which will start broadcasting on April 6, 2020. While a new episode of the series will be released every day in April, the length of these episodes will not exceed 10 minutes and the episodes will not bore the audience. Do you think that a series of 10-minute episodes can be enjoyed by viewers? You can share your ideas with us in the comments section.