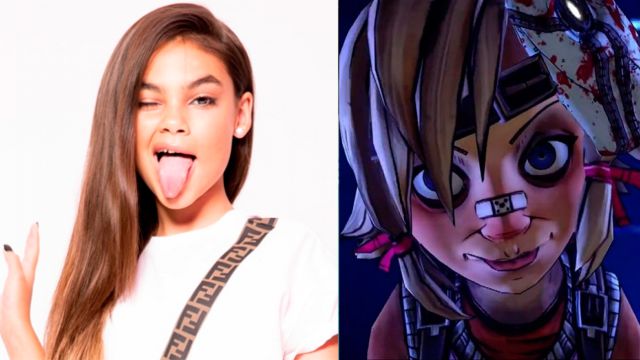 The Borderlands movie, Gearbox’s popular video game saga, continues to expand its impressive cast of actors and actresses who will play several of its main protagonists and supporting characters. So much so, that the young actress Ariana Greenblatt has already been confirmed as the crazy Tiny Tina; This has been announced by the Variety medium, ensuring that the protagonist of Love and Monsters and several famous Disney Channel series will be in charge of giving life to the hilarious and irreverent Tiny Tina.

Thus, the film adaptation of Borderlands continues to expand its cast after the confirmation of names such as Cate Blanchett, Kevin Hart, Jamie Lee Curtis and Jack Black, the latter lending his voice to Claptrap. Regarding this new signing, the film’s director, Eli Roth, has assured that “Ariana is a spectacular talent. She has worked with several of my closest collaborators and they all talk about her with enthusiasm about her. She blew us away at the audition and I can’t wait to see crazy, wild and unpredictable Tiny Tina bring to the big screen. ”

Recall that the script for the film Borderlands is in charge of Craig Mazin, famous for his work as a writer for the acclaimed series Chernobyl and who is also working on the adaptation of another video game, in this case, The Last of Us series for HBO. In addition, both Randy Pitchford and Strauss Zelnick, director of Gearbox and head of Take-Two Interactive, respectively, together with the production company Arad Productions are involved in the production itself, which gives us an idea of ​​the seriousness of the project and the intention of make an adaptation to the height.

At the moment, the Borderlands movie does not have a release date, although it will still take us to see it in theaters.

Resident Alien: series is renewed for season 2 on Syfy