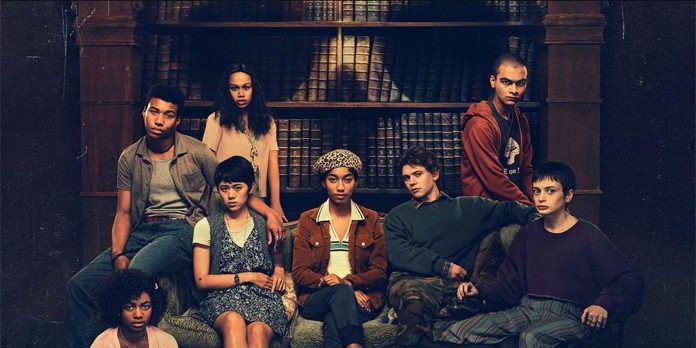 Netflix has just released a new trailer and poster for “Midnight Club,” a creepy new series from Mike Flanagan that will be released this October. The trailer, which lasts almost three minutes, teases both fear, drama, and tears when the titular Midnight Club meets.

Midnight Club is based on a young adult novel first published in 1994 and written by Christopher Pike. The Netflix series is adapted by Flanagan, creator of the popular Netflix horror show “Ghosts of the House on the Hill.” Both he and his second season, “The Ghosts of Bly Manor,” were a success on Netflix, so when Flanagan wrote the script for the novel, Netflix picked it up.

A new poster and trailer for the series, released by Netflix, demonstrate the plot of The Midnight Club. The main character Ilonka (Iman Benson) is expected to start studying at Stanford University when she is diagnosed with papillary thyroid carcinoma or thyroid cancer. Ilonka ends up in the Brightcliffe Hospice, a place where people her age struggle with deadly diseases. She meets the other residents of the house and discovers that they all gather in the basement every midnight and tell scary stories (or “meet ghosts,” as one resident put it).

But the horror begins to take a very real form. Demons, ghouls and ghosts begin to appear when inquisitive Ilonka begins to reveal the secrets of Brightcliffe. Although others warn her to object so that she doesn’t put them all in danger, Ilonka is persistent. “I don’t care how much it costs. If there was a way to save us, I would burn the world to the ground,” Ilonka says off—screen. Unfortunately, it seems that all residents of Brightcliffe are facing difficult and terrible times, in addition to fighting their illnesses.

Since the first images from The Midnight Club were published, it has become clear that the residents of Brightcliffe will be at the center of the story. Viewers can only feel horror towards the heroes of the story if they can empathize with them, and the trailer demonstrates a real attempt to characterize and humanize each of these teenagers. Their stories and personalities are briefly teased, and Benson’s acting seems serious and deep.

The series also has an atmosphere of intrigue and mystery. Although they don’t stand out as much, the staff at Brightcliffe seem to be hiding something. There is something sinister about this place, and the staff may well be involved in it. The hooded man who features prominently in the trailer seems to be a key figure in the horrific events at Brightcliffe, and his identity will undoubtedly be the key to solving the mystery that is about to be revealed.

Destiny 2: Where is Zur today? Locations and exotic items for...