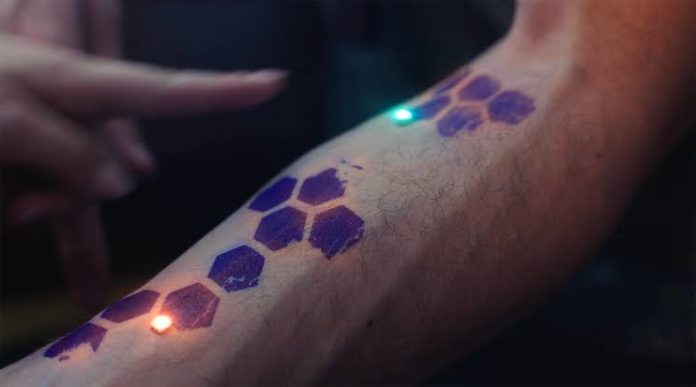 Researchers at Duke University have developed a technique that will pave the way for electronic tattoos. Together with the new technique, this development is thought to be used in different applications.

Electronics engineers at Duke University have developed a new technique that is sensitive enough to work on sensitive surfaces such as paper and human skin. With this development, high-durability, embedded electronic tattoos and patient-specific biosensors adorned with bandages will be implemented. The new technique developed by the engineers was defined by research published in the Nanoscale magazine on 9 July and the ACS Nano magazine on 3 October.

“When people heard the term electronics printed electronics, alt said Aaron Franklin. Stating that many years of work has been done on this subject, Franklin said that his techniques are a first in terms of matching with public perception.

The concept called electronic forging was first developed by John A. Rogers at the University of Illinois at the time in the late 2000s. Instead of true tattoos that are permanently injected under the skin, Rogers’ electronic tattoos consist of flexible rubbers made of thin and flexible electrical components.

In the study published in July, Franklin’s laboratory and Benjamin Wiley, a professor of chemistry at Duke University, developed a new ink containing silver nanowires. It produced a thin film that retained its conductivity without requiring any further processing. The ink dried in less than two minutes and maintained its high electrical performance even after more than 50% bending elongation.

In the second work, Franklin and his student Shiheng Lu took the conductive ink one step further and combined the ink with the other two printable components to form functional transistors. The printer first introduced the semiconductor strip carbon nanotube. After drying, the two silver nanowires were expanded a few centimeters. The insulating dielectric layer of the two-dimensional material was printed over the original semiconductor strip. This process was followed by the silver nanowire gate electrode.

Thanks to the technique developed by Franklin, there is no need for many steps to be passed. While Franklin does not think that the method he developed can replace the large scale manufacturing process of wearable electronics, he sees valuable potential for a variety of applications.