Home Entertainment New teaser, poster, and details for What If …? from Marvel Studios 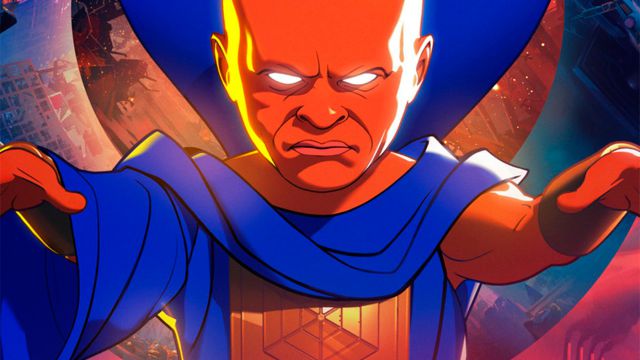 Marvel Studios: The new animated series from Marvel Studios shares new details and reveals some of its characters thanks to the Marvel Legends action figures. What If …?, The new animated series from Marvel Studios that will premiere on Disney + on August 11, has shared numerous news through the Entertainment Weekly medium, from a new and brief teaser with some unreleased scenes to a new poster focused on The Watcher, in addition to interviewing Jeffrey Wright, the actor who voices the character. But there is more; New images have appeared of the Marvel Legends action figures from What If …?, showing the final appearance of various characters, including the Spider-Man version of the zombie hunter.

So, What If …? will unfold in the eyes of The Watcher or El Vigilante, a being who observes the different realities as a narrator. And it is precisely Jeffrey Wright himself who comments on how he got the character to interpret his voice in a very personal way: “It took us some time to develop the voice and establish something that we all felt good about. That took us a little time, a little exploration. And then it was the process of looking at some of the images that they showed me, different ideas about what it was, different ideas about the tone of the series, because the animation is really dense, tense and cinematic, but at the same time very warm ”, comments the actor.

Since Entertainment Weekly they have not missed the opportunity to ask the actor about his favorite episode; It is clear to him: “The episode of Doctor Strange, which you will see when you arrive, I loved it. For whatever reason, it has made me feel very excited. It has all the magic and it has all the colors and emotion, but there is a moral thread and lessons to be learned within that I found really fascinating and relevant, ”explains Wright. Although it also highlights the episode in which T’Challa appears with the voice of the sadly disappeared Chadwick Boseman:

Also, I was very excited to hear Chadwick Boseman voicing T’Challa again like he does on the show. […] So being part of a bit of what is his latest work is really special. And I can’t wait for people to hear it, ”concludes the actor.

Filming of the 6th season of “Sunset Sales” is scheduled to...