Home Entertainment New Tales from the Borderlands Could Be a Tantalizing Answer to the... 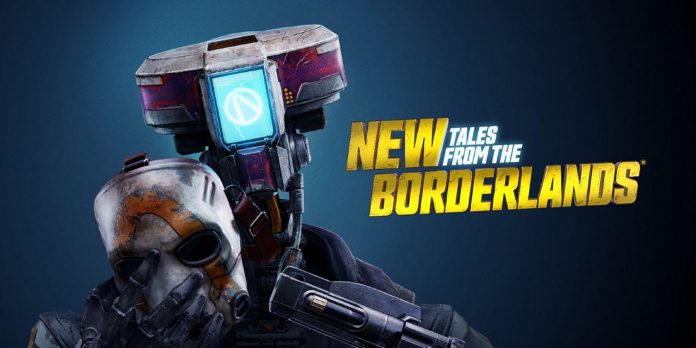 The Gearbox Borderlands universe continues to expand beyond the main numbered entries, with the recent release of Tiny Tina’s Wonderlands, the upcoming release of New Tales from the Borderlands, and a Borderlands movie in development. With all this, of course, there are plot threads that need to be expanded. For example, many fans were upset when Gearbox confirmed that Sasha and Fiona weren’t in New Tales from the Borderlands, but the good news is that Gearbox has plans for them (they say they shouldn’t just be minor characters, which makes sense). .

However, perhaps one of the longest-running mysteries/stories goes back to Borderlands 2 and the Zer0 killer character. That was mysterious enough on its own, and then Borderlands 3 came along and introduced a few new factors like Fl4k. Zer0 and Fl4K, as well as some other characters in the franchise, are surrounded by a huge mystery, and Lou13 from New Tales from the Borderlands may contain the answer.

The Ongoing Mystery of Zer0-Fl4K

When Borderlands 2 came out, fans realized that Zer0 wasn’t breathing and had an odd number of digits. Combined with the way he spoke haiku, his robotic voice sound and his mask, many quickly came to the conclusion that Zer0 was a robot. Now it could be swept under the carpet as unnecessary background information, but in one DLC there was another character named 0ne. So the stories began that there are super-powered robots, perhaps with numbers in their names as generational designations, and Borderlands 3 has kept this trend.

Fl4k in Borderlands 3 is very similar to Zer0. Not only do they have skills with similar names and numbers in the title, but Fl4K and Zero have the same number of fingers and the ability to disguise. The FL4K character model without a coat also has a frame very similar to the Zer0 model. Fl4k will even comment that Zer0 is familiar when they meet in the game. There is no doubt that there is some kind of connection between them, but it also means that there is a big external secret. This is also what Borderlands 3 teases well with. Zer0 will be baffled by how Katagawa Jr. copied his technology while mentioning the mysterious “she”.

Lou13 adds riddles, but could potentially solve it as well

So, when Gearbox introduced a new robot character named Lou13 in New Tales from the Borderlands, the mind immediately made a connection between Lou13, Zer0 and Fl4k. There’s clearly something there. After all, Lou13 is not even described as one of the main characters of New Tales from the Borderlands, but somehow adorns the cover of the game. Lou13 are obviously important, and their name alone carries some meaning. Perhaps this is due to the theory of generation numbers, assuming that there are actually 13 generations rather than 4 (FL4K), or perhaps it could be some other notation for which Lou13 has 1 and 3.

At the same time, Lou13 is a unisex name, so Lou13 can also be the “her” that Zer0 was talking about. If so, then the new game could explain a lot about the creation of Zer0, Fl4k and the like. And with New Tales from the Borderlands exploring the knowledge of Tediore, perhaps all these beloved robot characters are somehow connected to this manufacturer. Of course, there’s a lot left unsaid and a lot of potential plot directions, but fingers crossed, Lou13 finishes what Zer0 and Fl4K started before Borderlands 4 unfolds.

New Tales from the Borderlands is released on October 21 on PC, PS4, PS5, Switch, Xbox One and Xbox Series X/S.

Ethan Hawke Is Still the Perfect Grabber for Black Phone 2