Home Science A New T-Cell That Can Revolutionize Cancer Treatment 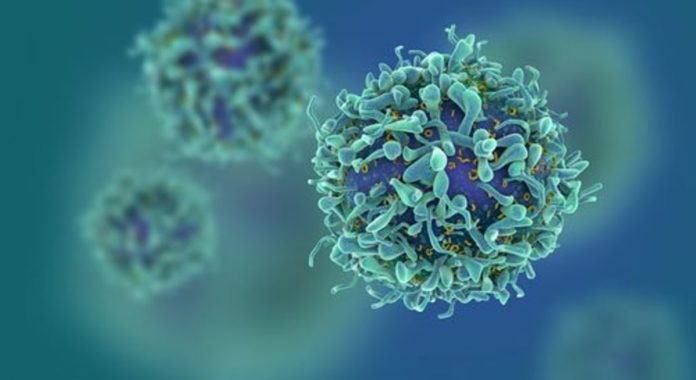 A new immune cell receptor discovered by scientists can pave the way for a new T-cell cancer treatment that can attack various types of cancer without the need for special treatment.

The researchers behind the discovery stress that the test is still at an early stage, not just in patients for now, but only in mice and human cells in the lab. Despite this, the researchers say the preliminary results are promising, saying we can be on the verge of a significant advance in T-cell treatments.

T-cells are a type of white blood cell in our immune system. When T-cells are activated to contact defective or foreign cells in the body, they help us fight infections and diseases by attacking them. Scientists are trying to strengthen the natural function of these cells, especially to tumor cells, in T-cell therapy, which is called CAR-T (Chimeric Antigen Receptor).

Researchers: We may be on the verge of a significant advance in T-cell treatments
In CAR-T treatments, scientists remove T-cells from patients’ blood and genetically alter them to identify and target cancer cells. The regulated T-cells are replicated in the laboratory before being applied on patients. So what; Treatments need to be customized according to the patient, due to some limitations in the CAR-T technique.

In a new study by researchers from the University of Cardiff in the UK, the CRISPR / Cas9 technique was used to create a new receptor molecule called MR1 in T-cells. MR1 functions similar to the Human Leukocyte Antigen (HLA) in terms of screening and recognizing cancer cells; however, the biggest difference, unlike HLA, is that it does not change in the human population. This means it can pave the way for a new T-cell cancer treatment that can attack various types of cancer without the need for special treatment.

A new receptor molecule was created with the CRISPR / Cas9 technique
Scientists, who say the studies in the lab are promising, still state that the results should be repeated safely in clinical trials, so that they can confirm that MR1 is an appropriate treatment for humans. “This research offers a new and exciting way to target cancer cells,” said Alasdair Rankin, leader of the research. however, we need a lot more work to understand exactly how it works. ”