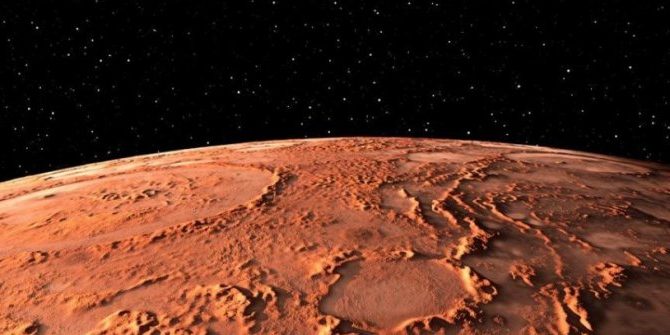 A new study by scientists can change theories about the formation of Mars. Previous studies have shown that Mars was formed between the first 2 and 4 million years of the Solar System. However, a new study shows that the planet was subjected to intense collisions in the early stages of its formation, and the formation may have taken up to 20 million years.

Around 61,000 meteors have been discovered in the world so far. Only 200 of these meteors were detected to come from Mars. Scientists who think that these 200 meteorites belong to the later periods of Mars are trying to get clues about the formation of the planet based on the meteorites.

Scientists studying meteorites from Mars came across elements such as tungsten and platinum, which tended to coexist with iron. Such elements tend to move from the mantle to the core of the planet during the formation of the planets.

Dr. of the Southwest Research Institute. Simone Marchi says that it was previously known that major collisions in early Mars brought elements such as platinum and gold to the planet. “We did flattened particle hydrodynamic impact simulations to investigate this process,” Marchi said. According to our model, early collisions caused a heterogeneous, marble-cake-like Mars mantle. ”

The work of scientists from the Southwest Research Institute shows that previous work on the formation of Mars can be based on advance provisions. Meteors that reach Earth from Mars come from only one region of the Red Planet. This causes the scope of research to be limited. Researchers are expecting more rock samples to be brought from Mars missions in the coming years. New examples from Mars missions will lead to more comprehensive findings about the formation of Mars.