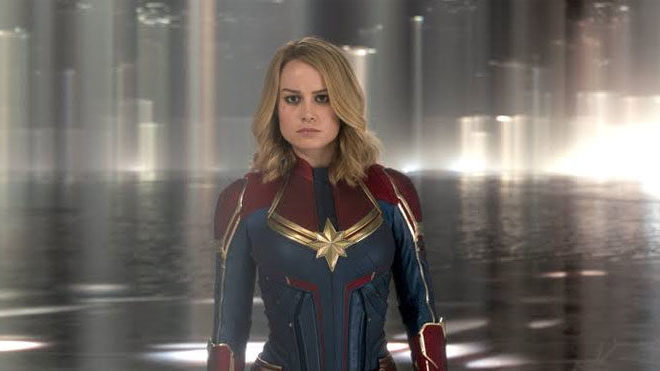 It has been revealed that Marvel Studios has officially confirmed that work has begun for Captain Marvel 2 last month, and has recently applied to open a new studio called “Warbird Productions II”, the project name of the first film.

Captain Marvel, the first independent female superhero movie of the Marvel Cinematic Universe (MCU), was released last year and collected $ 1.1 billion of box office revenues during its adventure on the big screen. The character brought to life by Oscar-winning actress Brie Larson appeared in Avengers: Endgame shortly after her own solo movie.

Last month, Marvel Studios officially confirmed the development of Captain Marvel 2, which was first announced at the 2019 San Diego Comic-Con. Thomas Polito from Geeks WorldWide said in a post on his personal Twitter account that Marvel opened a new studio called “Warbird Productions II” on February 13.

Opening a new studio is something Marvel often does when preparing for new productions. Considering that the first Captain Marvel movie was projected under the name of “Warbird Productions”, we can say that this is definitely a development related to the sequel.

What have we learned about Captain Marvel 2 so far?
Beneath the second superhero story of Larson will be the signature of the script of the Disney + series WandaVision, Megan McDonnell. The director of the movie, which will take place in today’s MCU, is not yet clear, but we know that Marvel Studios wants to entrust Captain Marvel 2 to a female director. In the meantime, let’s also point out that the relationship between the film’s director duo Anna Boden and Ryan Fleck and Marvel is not completely over. The different projects they will develop for Disney + are shown as the reason why the duo will not direct the film.

The story that Captain Marvel 2 will take to the center is not yet clear, but it could possibly offer us a perspective on the events after Avengers: Endgame and how the galaxy was affected by the Kree-Skrull War. Captain Marvel’s sequel is expected to meet the audience in 2022.

BTS: That’s how RM reacted to the drama In The Soop!

Final Fantasy saga, up to 50% off on Nintendo Switch