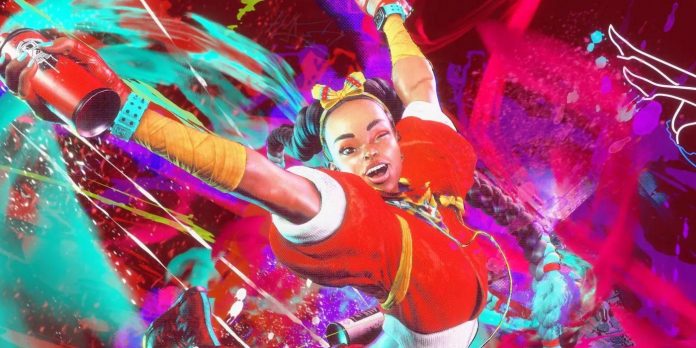 Capcom has just unveiled two new Street Fighter 6 playable characters in a dazzling trailer during the live broadcast of yesterday’s Evolution Championship Series 2022 fighting game tournament. Back in February, a brand new installment of the legendary Street Fighter franchise was announced, with a mysterious countdown timer that leads to the revelation of an aged bearded Ryu fighting Street Fighter 5 newcomer Luke in a short but intense Street Fighter. 6 teaser trailer.

Since that action-packed moment, Capcom has been steadily lifting the veil on the many new features that Street Fighter 6 will bring to the series, including an open-world World Tour story campaign and an increased emphasis on visually immersive graphics and street culture aesthetics. A lot of changes will also affect the battlefield, as Street Fighter 6 will introduce dynamic real-time comments that can help players during long battles, and a custom Game Face feature that will allow players to add more personality to the traditional loading screens of Street Fighter 6 Versus. . Of course, the main attraction of Street Fighter 6 will eventually be the list of incredible fighters, and recent Street Fighter 6 trailers have featured returning fan favorites like Gail and Chun-Li.

Yesterday’s live broadcast of EVO 2022 featured two more Street Fighter 6 characters in a colorful and exciting new trailer. This new Street Fighter 6 trailer, which was later posted for public viewing on the official Street Fighter Twitter account, begins with a demonstration of Kimberly, a courageous and energetic ninja who was first hinted at in an earlier Street Fighter 6 trailer, and then shown in full here. A young warrior with a scythe defeats her enemies with quick kicks and powerful suplexes in the style of wrestling, and then delivers the final blow filled with spray paint. The trailer then takes a darker turn, shifting attention to Juri Khan, a sadistic martial artist who first appeared in 2010’s Super Street Fighter IV and then returned in Street Fighter 5. It seems to be no less deadly in Street Fighter 6. Taunt and savage taekwondo punches at your hapless opponent before unleashing all your strength in an aerial finishing attack – and playfully take a picture of your broken enemy on your smartphone after the battle is over.

Kimberly, a brave new ninja, and Yuri, a sadistic thrill-seeker, will join #StreetFighter6 when it comes out in 2023! Aerosol cans, portable cassette player and motorcycles have never looked so fresh. 🎵👁️

The introduction of these two new Street Fighter 6 playable characters wasn’t the only exciting news of this weekend’s EVO 2022 tournament, which featured seasoned fighting game players from around the world competing against each other on the Los Vegas stage. Between the rounds of Guilty Gear Strike, Street Fighter 5, Skullgirls, Tekken 7 and Multiverse, there were many shocking announcements and events, such as a mysterious and nostalgic hint that Tekken 8 may appear on the horizon.

Meanwhile, Capcom continues to expand the list of playable fighters of the upcoming Street Fighter 6, presenting a recent look at the courageous Kimberly and the sinister Juri, as well as demonstrate a colorful, street-inspired visual style of play as these two deadly ladies. unleash unspeakable punishment on your opponents. Players will be able to try on the roles of Kimberly, Yuri and many other Warriors of the World, both old and new, when Street Fighter 6 is released sometime next year.

My Hero Academy: who are the big three?