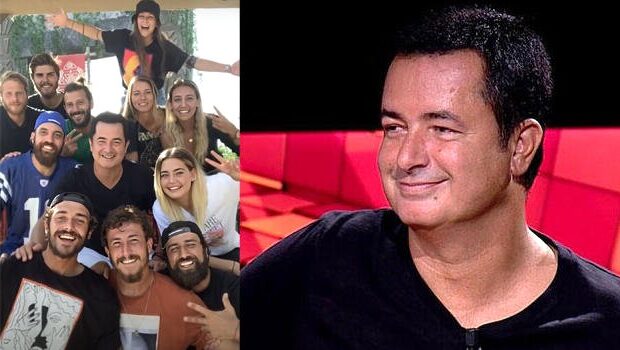 Acun Ilıcalı, who broke the Instagram live broadcast record, reaching the highest instant audience in the world, made statements on the subject. Speaking to Demirören News Agency, Ilıcalı stated that if his goals were 4 million, that record would be broken.

Acun Ilıcalı, one of the most important names in Turkish television history, is undoubtedly one of the most popular names in social media. Starting his career as a correspondent, Ilıcalı has succeeded to come to this day with his important works. Acun Ilıcalı, who said that he will organize an event to put his signature under an important business yesterday, targeted and realized the Instagram live broadcast, which reached the highest number of instant viewers in the world with his team in the Survivor contest broadcast on his own channel TV 8.

Acun Ilıcalı made new statements on the subject. Speaking to Demirören News Agency, Ilıcalı stated that they broke the record in 2-3 minutes and passed 3 million audience dams in a very short time. “If our goal was 4 million, there would be 4 million viewers.” Acun Ilıcalı said, making a very ambitious statement.

“This has a public counterpart”

For a long time Instagram account that only recently actively expressing begin using Ilıcalı 1 million previevving he broke the record for Turkey live broadcast that not even know that there is a record, he added color to the event later learned. Stating that he learned that the world record was 2 million, Acun Ilıcalı said that they took action to break this record and eventually broke it.

Amy Duggar “hoped” that cousin Josh Duggar would get the maximum...

True Beauty, the secret side of the drama characters