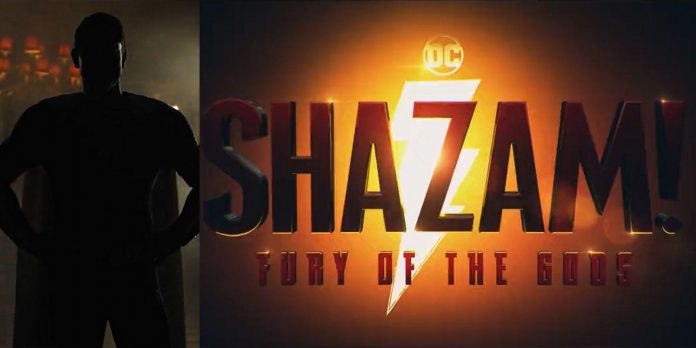 Superhero Zachary Levy is back in a new Shazam teaser! Rage of the gods. It’s been a while since fans have received any news about the project, and the new teaser excited them because it confirms the upcoming panel of the film at Comic-Con in San Diego. Shazam will join his longtime enemy Black Adam at the convention on July 23.

The upcoming DC Extended Universe Shazam movie! “Rage of the Gods” will bring back the hero Levi, chosen by an ancient wizard, along with his brothers and sisters, who now also have abilities. They are expected to face a greater threat in the form of Atlas’ daughters. It has already been confirmed that Lucy Liu, Helen Mirren and Rachel Zegler took part in the film, and Mirren and Lew are confirmed as Hespera and Calypso, respectively. The role of Zegler has not yet been confirmed, but fans assume that she will play the role of the third sister.

The official Twitter account of the film shared a teaser and confirmed that “Shazam! Fury of the Gods is heading to Comic-Con in San Diego on July 23.” The 17-second teaser is mostly shrouded in darkness, with Shazam Levy making a brief appearance. The video begins with several close-up shots of the hero’s new costume, after which Levi says: “Wow, it’s me again…. Just teasing.” Fans have not seen his new appearance in the long-awaited film, and many assume that the new footage from Shazam! the sequel, or even perhaps a trailer, will be shown at Comic-Con.

Levy also posted a selfie video on his Instagram account confirming the Comic-Con panel. In the video, the actor shares his excitement about participating in the congress “on the morning of July 23 in his favorite hall H”. Due to the ongoing pandemic, several personal events over the past two years had to be canceled, and Comic-Con in San Diego was one of the victims. The event is coming back this year, fans and artists alike are excited. Levy reports that much “will be made public this morning,” and encourages fans who cannot attend to also “keep an eye out for updates,” confirming that everything that will be released during the panel will be online pretty soon. “I can’t wait to chat with all your bright and shining faces!” reads the inscription.

Shazam! Rage of the Gods returns the entire cast, including Asher Angel as the main character Billy Batson. Shazam! The premiere took place in cinemas in April 2019 and was appreciated by both fans and critics for its humorous tone. A sequel was confirmed the same year, but it faced a lot of delays due to the ongoing pandemic. The release date has changed many times, the last change was made to make room for the sequel to “Avatar” by James Cameron.