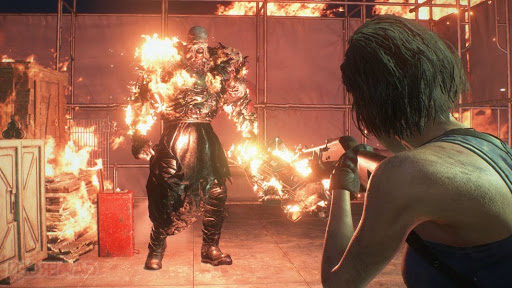 Capcom, which released the remake of Resident Evil 2 in January 2019, rolled up its sleeves for Resident Evil 3 after the success achieved. Some new screenshots have emerged from the new game the company has been developing for some time.

The remake of Resident Evil 2, released in January of last year, received positive reviews from both fans and critics. In the PlayStation 4 version of the game, Metacritic has 91 points from critics and 8.8 points from players; PC version 89 and 9 points; The Xbox One version scored 93 and 8.5 points.

Resident Evil 3, emerging screenshots
While fans were waiting for new explanations from Capcom, a Twitter user named Residence of Evil shared two new screenshots from the new game. In one of the two screenshots that appear, we see Jill in terms of shoulder while holding a gun towards Nemesis. In the second screenshot, we can see minor injuries to Jill’s shoulder.

It can be seen that the area where the screenshots are taken are the streets of the city of Racoon. Although it has similarities with the original game, we can say that there are some differences in reconstruction. Anyway, Capcom will make some changes to the new game and will not offer the exact same game.

In the reconstruction of Resident Evil 2, both the original game was given a moment of respect and the game was sufficiently modernized. Besides the similar expectations for Resident Evil 3, Nemesis’ artificial intelligence is expected to be overhauled.