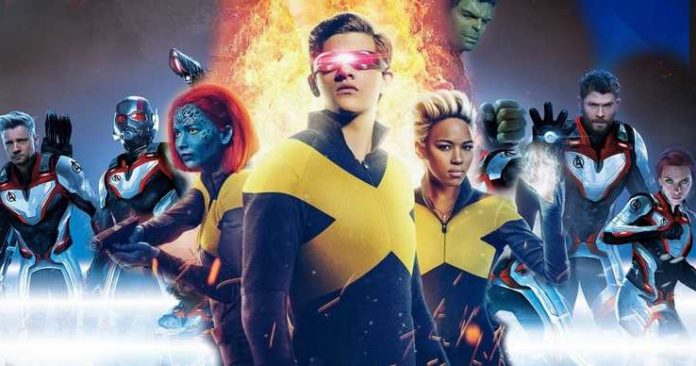 In the fourth stage of the Marvel Cinematic Universe (MCU), no X-Men movie was revealed, but this does not prevent us from seeing mutants in Marvel movies or TV series. Because some rumors that have appeared recently show that X-Men characters can step into MCU very soon.

In March 2019, Walt Disney’s acquisition of 21st Century Fox’s assets in the entertainment field for $ 71.3 billion brought together the Marvel Cinematic Universe (MCU) heroes and X-Men characters. More precisely, the way was opened.

Marvel Studios President Kevin Feige said in a statement in the last beats of 2018 that Deadpool and X-Men movies could begin to be developed in the first six months of 2019. Currently, work is ongoing for Deadpool 3, where we will once again watch Ryan Reynolds, but details such as when the movie will be released and how it will relate to the MCU are not yet clear.

Ryan Reynolds had announced that work was underway for Deadpool 3 late last year.
Some recent rumors suggest that X-Men characters can log in to the MCU earlier than expected. Since Sunday, the mutant voices have echoed in two productions announced for the fourth phase of the MCU: One is the movie Disney-drama The Falcon and the Winter Soldier, and the other is the movie Shang-Chi and the Legend of the Ten Rings, which will be released in February 2021.

Allegedly, the iconic villain of the X-Men universe will appear in Omega Red, The Falcon and the Winter Soldier, while the mutant boy Taki Matsuya, or Wiz Kid, as he is known, will find himself in Shang-Chi.

Omega Red and Wiz Kid may be the first X-Men characters to step into the Marvel universe
None of these rumors have been confirmed by Marvel Studios. Moreover, any set photos that could verify the existence of the characters in question were not leaked. But the emergence of these rumors independently of each other at the same time caused confusion.

Daniel Richtman, who is known for his leaks about Marvel films, said in his post on his personal Twitter account that he learned that he was a mutant character in Shang Chi movie, but that he had no idea whether this would be Wiz Kid or not.

A large portion of Shang-Chi’s cast is of Asian origin. Wiz Kid is one of the rare Asian-American characters in the X-Men universe. All these tips excite Marvel fans who are looking forward to the coexistence of the MCU and X-Men, but the question is: when will the cult X-Men character like Wolverine, Cyclops and Jean Gray step into the MCU? It is difficult to predict how far we are from the answer, but we hope that Marvel will not wait for this for too long.

KARDASHIANS USE PHOTOSHOP TO REMOVE REAR