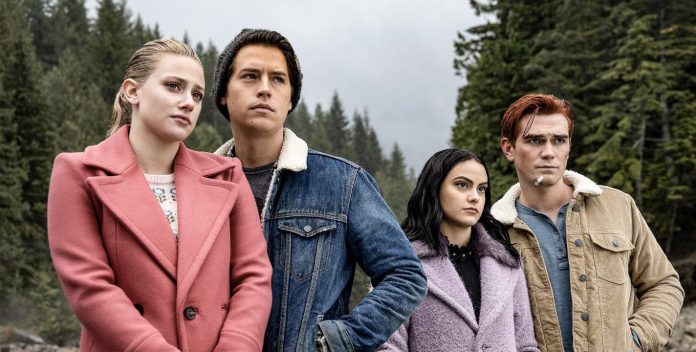 The CW will bring to the fan screens of the youth drama series Riverdale, a new episode of season 5 through which many changes will be revealed that come with the seven-year time jump into the future.

As fans already know, the first episodes of the current season laid the groundwork for the new destinies of the Riverdale gang. Each one will go their separate ways to meet again 7 years later.

With episode 4 of the fifth installment of Riverdale, fans will be able to see the main characters of the youth drama exercising their professions in adult life.

The careers of the Riverdale characters were revealed through the premise of the next chapter, published by CBR’s Sandy Schaefer.

According to the official synopsis for episode 4 of the fifth installment of Riverdale, The CW describes it as follows:

Archie (KJ Apa), Betty (Lili Reinhart), Veronica (Camila Mendes), and Jughead (Cole Sprouse) are preparing for their first day as the new teachers at Riverdale High. Veronica introduces her husband, Chad, to the group after he unexpectedly appears on Riverdale.

“After realizing they are broke, Archie and Toni (Vanessa Morgan) go to Cheryl (Madelain Petsch) to ask for help in reviving the football and cheerleading teams. Finally, Betty, Kevin (Casey Scott) and Alice (Mädchen Amick) follow a lead after discovering that Polly may be in trouble. ”

And it is that the fans of Riverdale that the gang would not return to high school anymore. Riverdale High will be the key place for the reunion of the characters after 7 years, becoming the new teachers of the school.

Bradley Cooper thought about taking his own life