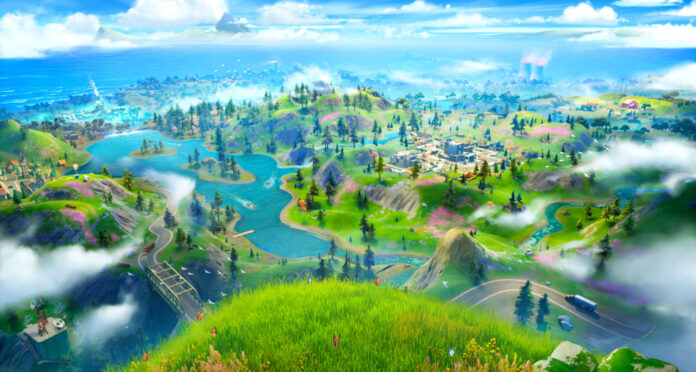 One of the new areas to be added to the Fortnite map, which was largely flooded, has emerged with the Season 2: Season 3 update published recently. The region, whose location is not yet clear, is expected to meet Fortnite players in the coming days.

Fortnite, which can be played on PlayStation 4, Xbox One, PC, Nintendo Switch and mobile platforms, has been one of the most popular games in the world for the last few years. As such, developer Epic Games also wants to keep the game up to date by adding new updates to the game. In this context, the company lastly made major changes to the game’s map with the 2nd Part: Season 3 update.

A new claim made today says that this map will not stay the same for a long time and will change and evolve during Season 3. The data miner FortTory, famous for its Fortnite leaks and news, which is the source of the claims, also stated that one of the innovations that will come to the map is a new region called ‘Ruins Fall’.

The new region will appear when the wa’ters are drawn:

As you know, the map was largely submerged with Fortnite’s Season 2 event. The map, which will be reshaped with the new season, will host new regions with the withdrawal of the waters. The Ruins Fall, mentioned by FortTory, is expected to be one of these new regions that will emerge as the waters retreat.

The new region, where it will not be located exactly on the map or what it will contain, is not expected to appear until the waters are drawn. This means that we have to wait at least until the end of this season to see the Ruins Fall and the renewed Fortnite map.

Fortnite, one of the most popular survival games in the world; it is currently available for free on PlayStation 4, Xbox One, PC, Nintendo Switch and mobile platforms. You can follow us to be informed about the developments in the game in the coming days, new news and rumors, you can visit the link here to learn more about Fortnite Chapter 2: Season 3.

Death Stranding’s future date on PC has been announced

Twitter Tests a Feature That Will Make Users Rethink Before Replying...