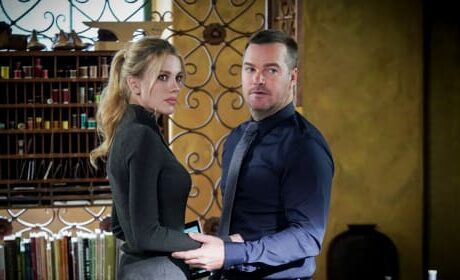 Season 12 of NCIS Los Angeles is getting closer and closer to premiere, but a recent clip from the next episode shows bad news for G. Callen.

“I have realized how much I miss her when she is not here.”

It seems that Callen is looking to propose to Anna, before going on a “mission”, but he begins to call her, but apparently does not answer at the moment.

While interviewing Deeks to enter the NCIS, she is having trouble in her interrogation, due to her history and experience as a policeman. Watch the promotional video.

But, the problems do not end there, remember that Callen is also solving some problems with the mission that Hetty gave her and the case of her half brother. That, upon re-entering the United States, they were charged with drug smuggling.

Some theories are pointing that as for a commitment between Callen and Anna, it would not occur, after she was kidnapped to harm her father Arkady.

Jennie Displaced At The Halloween Party Of Ariana Grande