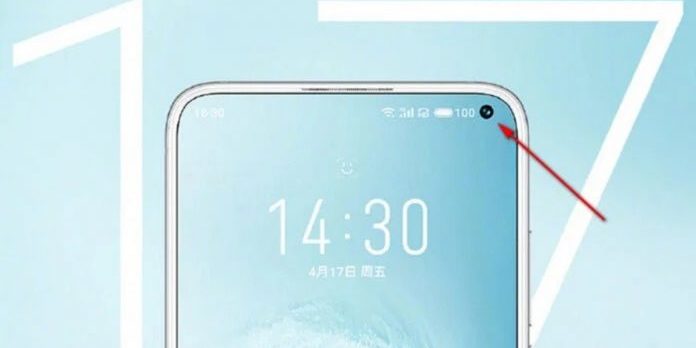 Chinese technology manufacturer Meizu will present its new flagship phone 17 to consumers with an event to be held tomorrow. Explaining some of the features of Meizu 17 in the past days, the company has now shared an image about the new flagship. The visual, shared by Meizu officials, reveals the front design of the phone.

The sharing by Meizu officials through China’s social media platform Weibo reveals that the new flagship phone will have a small camera hole in the upper right corner. It is also revealed through the sharing that Meizu 17 will have minimal dimensions. If you wish, let’s see the photo shared for Meizu 17 soon.

Sharing showing the preliminary design of Meizu 17
The shared image does not address the technical details on the screen of the Meizu 17. However, the information revealed in the previous periods revealed that Meizu 17 will have a screen that offers FHD + resolution and this screen will come with a refresh rate of 90 Hz. Also, like the 2020 flagship phones, the Meizu 17 will have a Snapdragon 865 processor and 5G connectivity support will be available on the phone.

Meizu 17 has a 4,500 mAh battery with a fast charging technology called “mSmart”. Moreover, this battery outperforms rivals such as the Huawei P40 Pro and Oppo Find X2 Pro in the tests. Also, AnTuTu tests for Meizu 17 show that this phone has outperformed the Galaxy S20 Ultra, at least on paper, in terms of performance.

We already know many features of Meizu 17. However, there are still some features we need to learn. These features are mainly RAM and storage space capacity. In addition, the camera features of Meizu 17 are currently unknown. Fortunately tomorrow is the big day and Meizu will be presenting its new flagship phone to all consumers with the event it will organize.

Huawei Watch GT 3 Unveiled With Up To 14 Days Battery

Samsung Galaxy A03 Core introduced! Here are the features