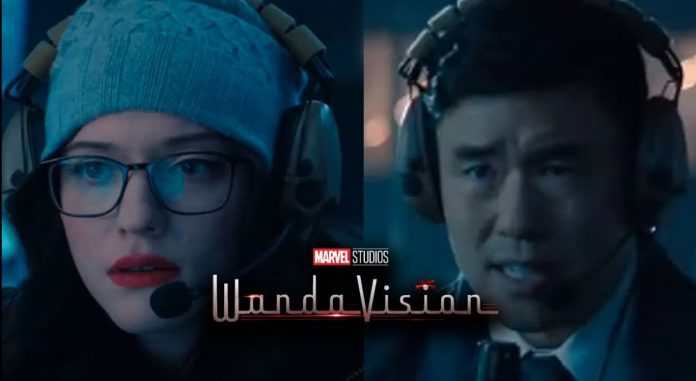 Apparently Darcy Lewis and Jimmy Woo will have an important role in WandaVision, as Marvel has released new posters for the series.

This has been a great week for fans of Darcy Lewis (Kat Dennings) and Jimmy Woo (Randall Park). Both characters made their WandaVision debut on Friday, marking Denning’s first appearance in the Marvel Cinematic Universe since Thor: The Dark World (2013) and Park’s first appearance since the character debuted in Ant-Man and the Wasp (2018). ).

Both characters received their own emojis from Twitter, a fact that got Dennings very excited. Now, they get an even cooler Marvel treatment: their own posters!

“Darcy Lewis and Jimmy Woo are back. The first four episodes of Marvel Studios #WandaVision are now airing on #DisneyPlus,” Marvel Entertainment tweeted and on Somagnews we bring you the acclaimed publication where you can see the posters.

How did these characters get involved in WandaVision?

A while ago, Park spoke to BUILD Series and explained how he got involved with WandaVision.

“I had a meeting at Marvel, just kind of a general thing to talk about where I was and where they are. I was like, ‘Yeah, I’d love to bring Jimmy Woo back if I ever got the chance.’ And then as one. week later, they said, ‘Hey come back, we want to talk to you about this show.’ And I was like, ‘Great,’ “Park shared.

Dennings recently spoke on the Keep It podcast about WandaVision and revealed that Darcy’s role was originally supposed to be a couple of scenes, but his friendship with Natalie Portman (Jane Foster) inspired a bigger part.

“Since Natalie and I are already friends, I remember this exactly,” shared Dennings. “I walk into the room and I’m very shy. I went in and sat down and Natalie hadn’t come yet and everyone was very nice. Natalie came in and sat on my lap because we’re friends. I think our friendship started to infect them [like] their purity and Love. Slowly, Darcy got more involved and I said, ‘Why do you add me to the scenes?’ “. She added, “If I’m honest, the magic of friendship is the reason I’m here today.”

Are you excited that Darcy Lewis and Jimmy Woo are getting some love from Marvel Studios? Share your opinion with us in the comments.