Home Celebrity New Poster of Bloodshot, Which Will Bring A New Dimension to Superhero... 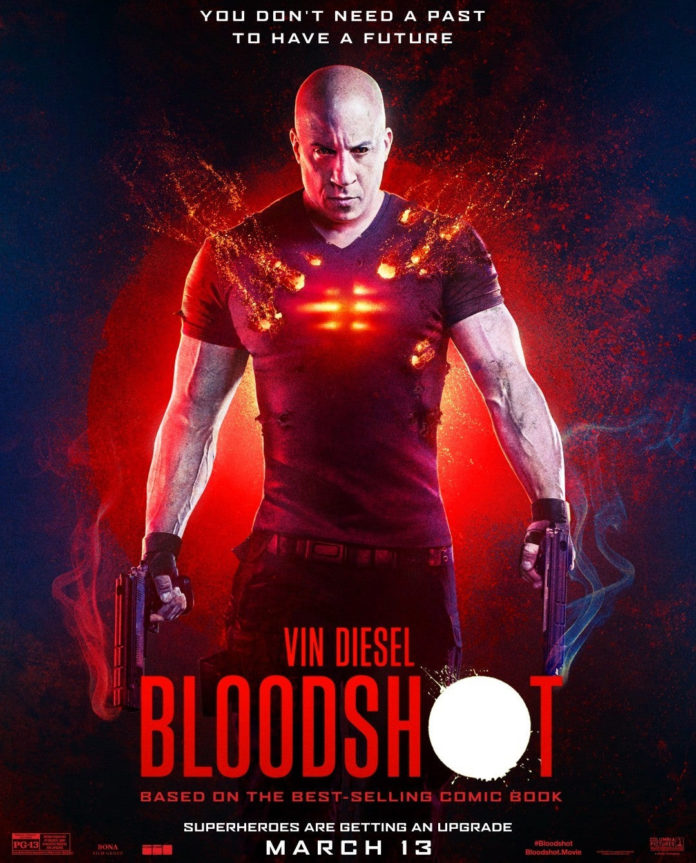 The second trailer of Bloodshot, which will add a new dimension to the superhero movies, was released last week. Bloodshot is now appearing to the audience with its new poster. The character, played by Vin Diesel, seems to be a harbinger of the movie with its image in the poster.

Bloodshot, which will meet with the audience in March, also released its second trailer. Now, the new poster of the movie has been presented to the audience. Adapted from the best-selling Valiant comic book, the movie starred Ray Garrison, played by Vin Deiesel. Ray Garrison, a soldier who died in battle, is brought back to life by an organization called RST as a superhero named Bloodshot. But RST changes its memory and personality while trying to bring Ray Garrison to life. Bloodshot, which is almost impossible to stop and has the ability to heal instantly thanks to the nano-technology flowing in its veins, also tries to understand what is right or not by running after the facts.

Bloodshot new poster:
In the posted poster, we see the character played by Vin Diesel with guns in his hands and bullet wounds in his chest. The technology that shines in the middle of the chest provides instant healing. Particles that fly out of the lead wounds, as we mentioned, nano-tech particles that allow the character to recover instantly. You can witness the character’s superpowers in more detail by watching the trailer we added at the end of the news.

Kofi Outlaw from ComicBook.com made quite positive comments about the movie after the trailer that met with the audience recently and made the following statement; “The most important thing in Bloodshot’s trailer is that the film focuses not only on the concepts of death and resurrection, but on a general image resembling a comic book. Apparently, Bloodshot isn’t the only one of its kind, and there’s a labful weird person like him. It must be said that the side characters in the movie also look quite interesting. ”