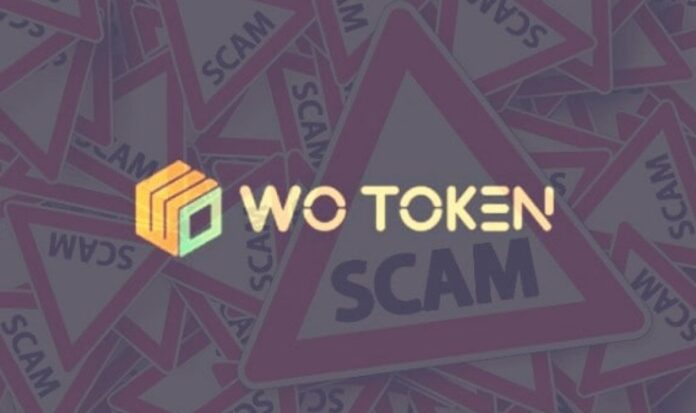 Recent Chinese reports show that a new crypto money fraud similar to the famous PlusToken has been released this week. It was claimed that WOTOKEN defrauded over 700,000 users and seized $ 1 billion of Bitcoin and other digital assets.

Moreover, Chinese officials learned the WOTOKEN project for the first time in August 2018. All defendants had different responsibilities within the organization, from hiring technical staff and building fraudulent platforms to creating attractive online and offline promotional campaigns.

The platform worked without any real trading. Instead, questionable marketing messages claimed that it worked as an intelligent online crypto wallet that automatically profits for non-participating users.

Thanks to its MLM-based operations and fast profit making application as a crypto wallet, WOTOKEN has been compared to another China-based pumice PlusToken fraudulent plan. In addition, popular industry commentator Dovey Wan said, “The chief offender in WOTOKEN was previously one of the key scammers in PlusToken.”

Stolen Bitcoin and Other Cryptocurrencies
According to the report, WOTOKEN operated from July 2018 to October 2019. It worked as a classic MLM project, but it undoubtedly had a high number of hierarchical levels.

As a result, it was calculated in the report that fraudsters stole a total of 7,769 billion Yuan (about $ 1.1 billion) for fraudulent projects from their members.

Some of the defendants already had criminal histories. According to information obtained, the duration of imprisonment can range from six months to eleven years, although criminals demand an unexplained fine for their actions. However, due to the complexity of this case, the court suspended the case on May 14, and the case will continue to be discussed next week.

Regarding the price of Bitcoin, PlusToken has been named as one of the major causes of the March 2020 declines, resulting in the worst day Bitcoin has seen for years. On March 12, 2020, the primary cryptocurrency fell below 50% to over 50%. It is not yet clear whether WOTOKEN will have a similar devastating price effect.