Home Entertainment New Pokémon Snap: Those Responsible Had Been With The Sequel In Mind... 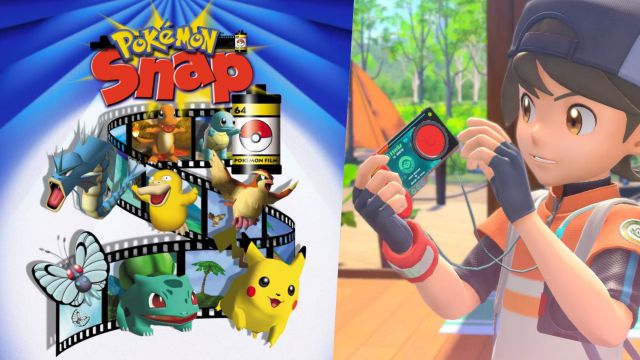 New Pokémon Snap: The president of the company, Tsunekazu Ishihara, confesses that they had plans for a new installment every time Nintendo released a new console. New Pokémon Snap, released last year for Nintendo Switch, is the direct sequel to the original work that arrived on Nintendo 64 back in 1999. More than 20 years between the two seem like many years, as many as those that the followers of the saga took asking her for a new game from The Pokémon Company. Now, in the middle of 2022, we have been able to know that the interest was reciprocal; the company had been planning a new delivery for a long time, to the point that they considered the possibility of carrying it out on both GameCube and Nintendo Wii.

In an interview published in Famitsu magazine and translated by Nintendo Everything, company president Tsunekazu Ishihara, in the company of title director Haruki Suzaki, commented that the development of a new game in the series has been, for years, “ constant trial and error ”, until they finally found a concept capable of adapting to Nintendo Switch. Specifically, in the next generation after Nintendo they already had it in mind: “With the launch of each new generation of consoles like GameCube and Nintendo Wii, we were discussing making a sequel,” he explains.

New Pokémon Snap, the new installment of the saga

The sequel to the Nintendo 64 title arrived on Nintendo Switch last April. In our analysis (7.8 out of 10) we highlighted the amount of content it offers, the artistic side of the title and the feeling of progress and that there is always something new to discover. Our conclusions were as follows: New Pokémon Snap more than meets fan demands, ditching the “short video game” idea and introducing itself with a content-packed Lensis region; both in Pokémon and in routes. Its mechanical depth is limited, it advances very little compared to the work of Nintendo 64, although it compensates for this lack of playable ambition with an audiovisual lag where everything you see around you is alive and reactive ”.

New Pokémon Snap It is available on Nintendo Switch. Make the most of the game with our complete guide, in which you will find the location and the best tips to take the best picture of Legendary Pokémon.

League Of Legends Patch 12.4; Changes And News In Champions, Objects...