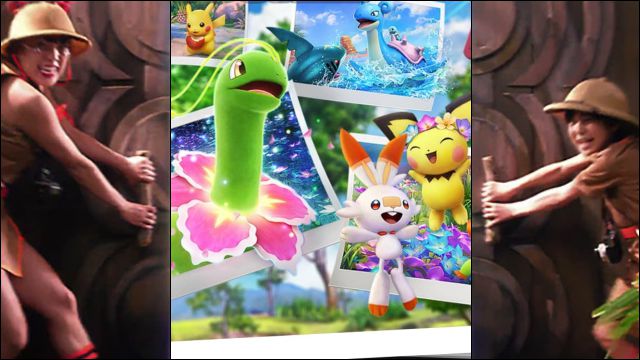 The game will be published exclusively this April, once again bringing out the contemplative component of Pokémon in their nature.

The Pokémon Company has published a new television trailer of just 15 seconds dedicated to New Pokémon Snap, one of the main exclusive titles for Nintendo Switch for this first half of 2021. The video, which will be broadcast from now on in Japan under the Name of “Pokémon Ecology”, it has a well-known Japanese YouTuber named Fuwa-chan, along with an actor equally renowned in Asian lands such as Kokoro Terada.

Ecology and nature: what New Pokémon Snap seeks to transmit

The title of the video is quite representative of what New Pokémon Snap tries to convey to players; like the original work published in 1999 for Nintendo 64. We are facing a shotter on rails where a camera is used as a tool to take captures of the Pokémon in their own nature. No contact, no fighting, no exchanges.

Exploration, contemplation and ecology, since the items that the player uses are a link between the player and the environment. If you throw an apple and a Torchic burns it with its fire, we will have a roasted apple and, therefore, a much more attractive photo candidate than that Torchic just wandering around.

And so with everything. A Lapras with a Squirtle on his back over the sea? Photo. A Pinsir and a Heracross fighting at night like good beetles? Photo. The objective is to amortize the limited route and take advantage of every visual corner of the stage to get the best possible photograph.

New Pokémon Snap will integrate more than 200 creatures (the original had 63, all from Kanto; this time the eight canonical generations to date will be represented), more scenarios, environments of day, night, seasonal changes and the Lúmini phenomenon, which It occurs precisely at night and allows you to see the Pokémon in a special light.

On April 30 we will know what it is about, the date on which New Pokémon Snap goes on sale exclusively for Nintendo Switch in physical and digital format via eShop.