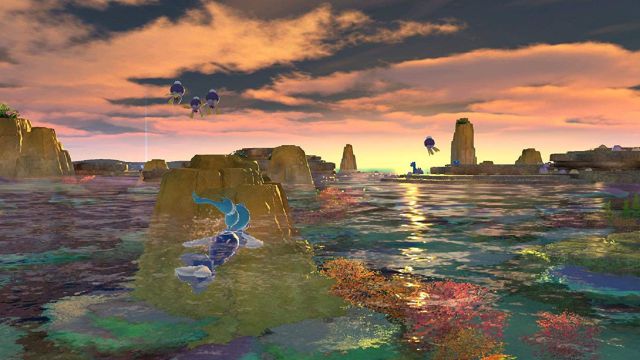 Pokémon Snap: Players will be able to dust off the camera again to immortalize new creatures within the Pokémon world. Not everything consists of hunting and fighting, there are also other ways to enjoy everything that the world of Pokémon gives us. The observation of these creatures in their natural habitat is also a diversion to consider. That is what New Pokémon Snap proposes, in essence, a production by Bandai Namco that allows us to take photos of many of these animals. Nintendo has announced a new free update that will add new content to the video game.

Through a trailer, the Kyoto company has revealed that the patch will be available from next August 4. The game will incorporate three new zones, one of them in the Florio Island Natural Park. On the other hand, there will be a desert area and another with a river. As for the new Pokémon, the trailer shows a few, including Gyarados, Snorlax, Psyduck, and more. Although it has not been detailed yet, everything seems to indicate that there will be new poses, so that we can portray the Pokémon in different positions.

The followers of the saga created by Game Freak are in luck. In addition to the remakes of Diamante and Perla, which will be released on March 19, players can download a new free-to-play video game for Nintendo Switch for free (in September also on mobile). This is Pokémon Unite, a League of Legends-style MOBA that has just received its first patch. Not only does it include more content, but it focuses on fixing some of the initial bugs that have been found. Thus, the Charizard problem has already been solved.

New Pokémon Snap for Nintendo Switch is a completely new experience, as anticipated by its own title. The game takes up the formula of the original Nintendo 64, but it is not a remake or a revamped version of the classic.