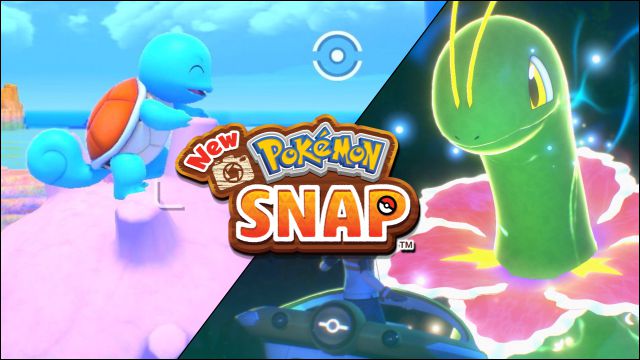 New Pokémon Snap: The Nintendo Switch video game surpasses Returnal in physical sales in the United Kingdom and becomes the third best release of the year on Switch. New Pokémon Snap has begun its journey in British stores as the leading video game in physical format sales. The long-awaited sequel to the original Nintendo 64 work, published in September 2000, has become the third best physical release of the year for Nintendo Switch in the UK and was the best-selling work of the past week (from 26 April to May 2).

According to the data provided by GfK (via GamesIndustry), New Pokémon Snap surpassed the physical sales of Returnal, the other great premiere of last week. Housemarque’s work exclusively for PS5 was placed in second place, but its physical sales were well below those of the bet of photography of Pokémon in its natural habitat, they indicate, although specific figures have not transcended.

New Pokémon Snap, third best release of Nintendo Switch in 2021 in the UK

Although the Pokémon Snap ended up selling more over time, its beginnings in British stores were not entirely successful. The high implantation of Nintendo Switch in the archipelago, added to a much greater expectation, have made the premiere in stores of this new installment four times greater than that of the Nintendo 64 delivery; two and a half times higher than that of the latest spin-off of the saga for Nintendo Switch, Pokémon Mysterious World: Rescue Team DX, published last March 2020.

Within the catalog of the hybrid console, only Super Mario 3D World + Bowser’s Fury and Monster Hunter Rise have managed to sell more physical copies in their first week in the United Kingdom this year 2021, which allows a glimpse of an encouraging future for the title developed by Bandai Namco.

The rest of the sales ranking in the United Kingdom (always talking about physical copies) of the past week throws another recurring data in these last two years: a majority of games correspond to the Nintendo Switch catalog. In the Top-10, New Pokémon Snao, Super Mario 3D World, Mario Kart 8: Deluxe, Animal Crossing: New Horizons, Minecraft (Nintendo Switch) and Ring Fit Adventure are present in the list. Six out of ten.

New Pokémon Snap is now available exclusively for Nintendo Switch. You can read our analysis here.

Batman Screenwriter Confirms That Netflix Inspired Him To Create a New...