New Pokémon Snap: The most recent weekly report published by GfK Chart-Track revealed that New Pokémon Snap, a recently released title exclusively for Nintendo Switch, was the game that most sold physical media last weekend in the United Kingdom, surpassing almost three times the second place on the podium, occupied by Returnal.

New Pokémon Snap, officially launched last Friday (30), has proved to be a real success with the public and managed to overwhelm the classic Nintendo 64, selling more than four times the number of copies at launch. However, their significant numbers show not only superiority over the classic, but also modern titles in the Pokémon franchise.

According to the document, the opening week of New Pokémon Snap is 2.5 times better than that of Pokémon Mystery Dungeon: Rescue Team DX, and currently the game is only behind Super Mario 3D World + Bowser’s Fury and Monster Hunter Rise as the biggest release of the year for the Switch. In addition, compared to other platforms, the photo game sold about three times as many physical copies as Returnal, earning approximately twice as much revenue in the same period.

Have you played New Pokémon Snap? Do you agree with your sales success? Leave your answer in the comments. 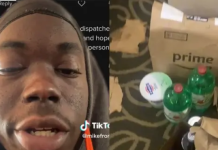 Twitter verification: what it is and how to order