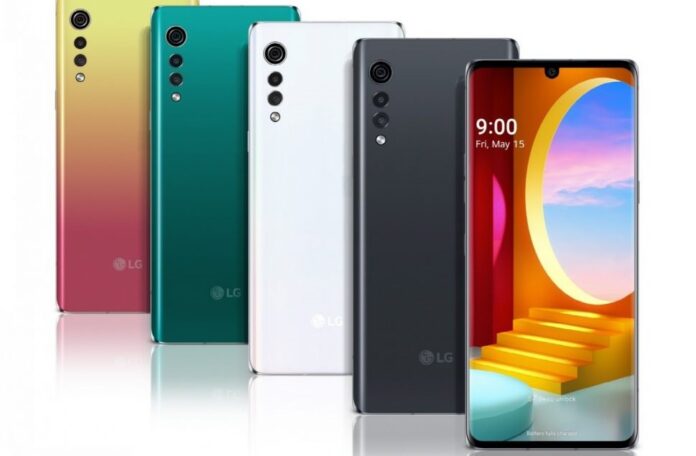 Photos of LG’s mid-high-end smartphone LG Velvet, which will be released in the coming days, were taken in a technology store. While the new photos show two different color options of Velvet, the visual of the accessory that will make Velvet double screened has also emerged.

South Korean technology manufacturer LG is now counting days to introduce its new smartphone LG Velvet, which it hopes to rise again in the smartphone market. With a short time before the introduction of Velvet, the device was seen bloody in a technology store in South Korea.

The person who saw Velvet in the technology store took photos of the phone’s two color variations. The person who took the photos shared the design of the device by publishing it in the forum section of a website called naver.com.

According to the person who posted the photos, the material quality of LG Velvet is very high and the design looks extremely stylish. The drop-notch display design of LG’s new smartphone is also clearly visible in the photos.

The previously revealed information showed that LG Velvet could come with an accessory that would make the device dual screen. It can be understood from the images on Velvet’s screen how this accessory will be in one of the new photos published.

The price of the phone is not seen in the new photos of LG Velvet. The information revealed so far showed that Velvet would be available for $ 730. However, we will only be able to learn the price of the device officially at the launch event on 7 May.

See Also
LG Announces Velvet, The New Phone That Heads To Flagships With Its Price

Fed’s Interpretation of Crisis: “America Will Get Over It”

Foldable Galaxy Z Flip 2 is bad news for those waiting

The Last of Us Part 2 postponed the release date, with...